pictures and insights from the protest2015 against the 'security' conference aka SiKo aka sicherheitskonferenz aka wehrkundetagung = former name and yes, that's what the conference is all about = the place where the war industry meets the war management (= politics + 'security' advisers). the best example is ukraine's putch president poroshenko, who has no money but buys weapons en masse to kill own citizens with u.s. + european borrowed money :-( 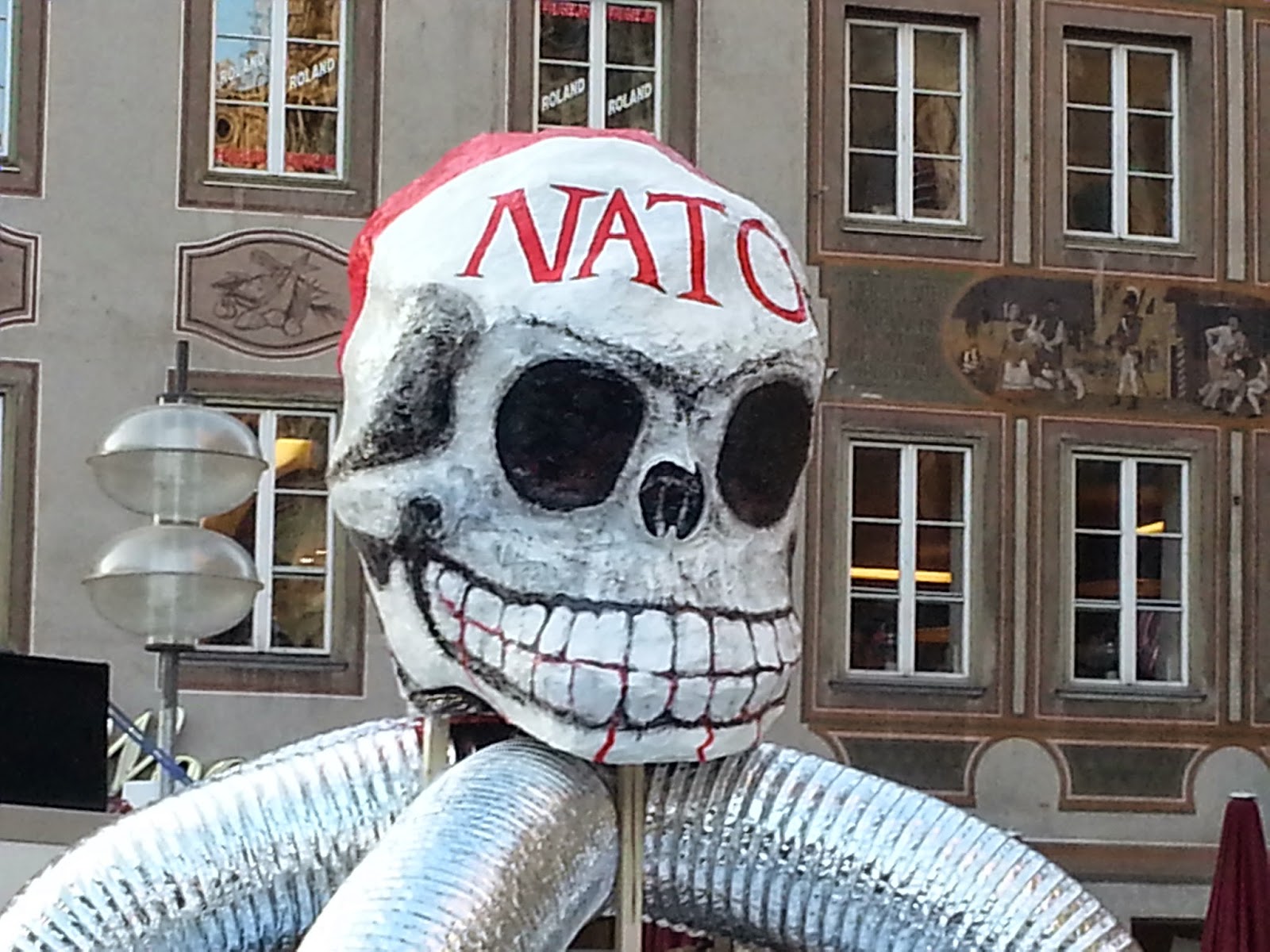 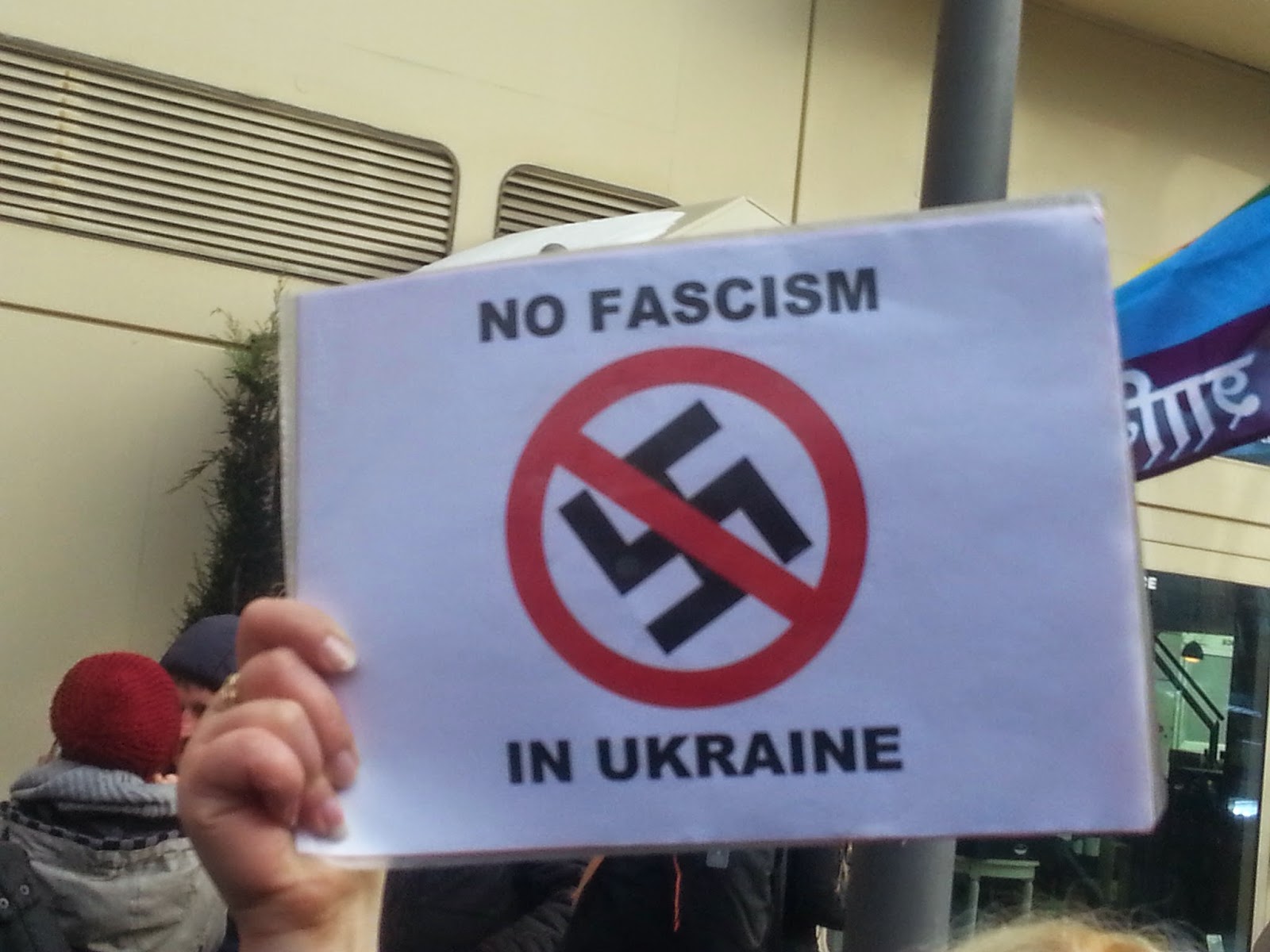 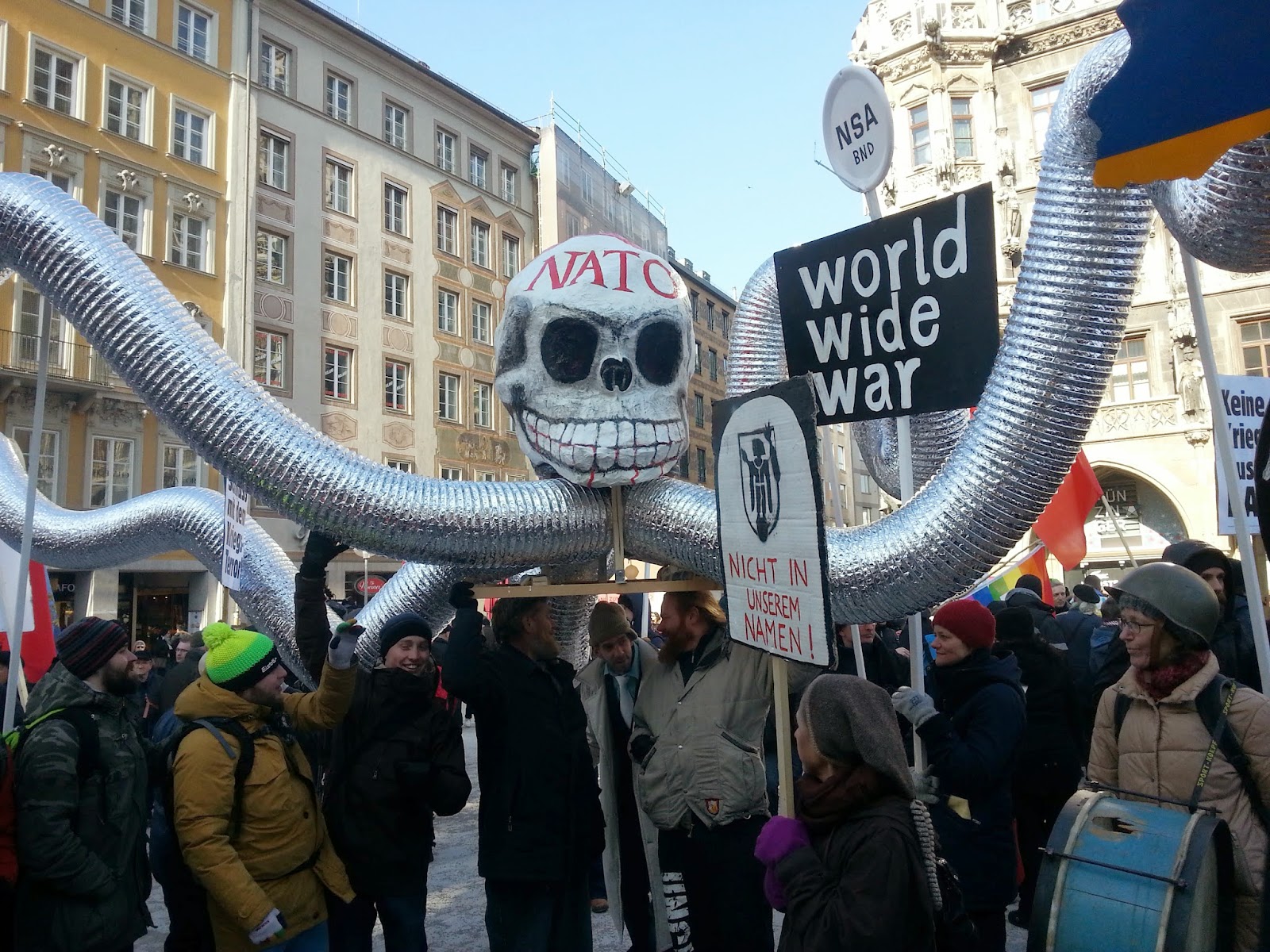 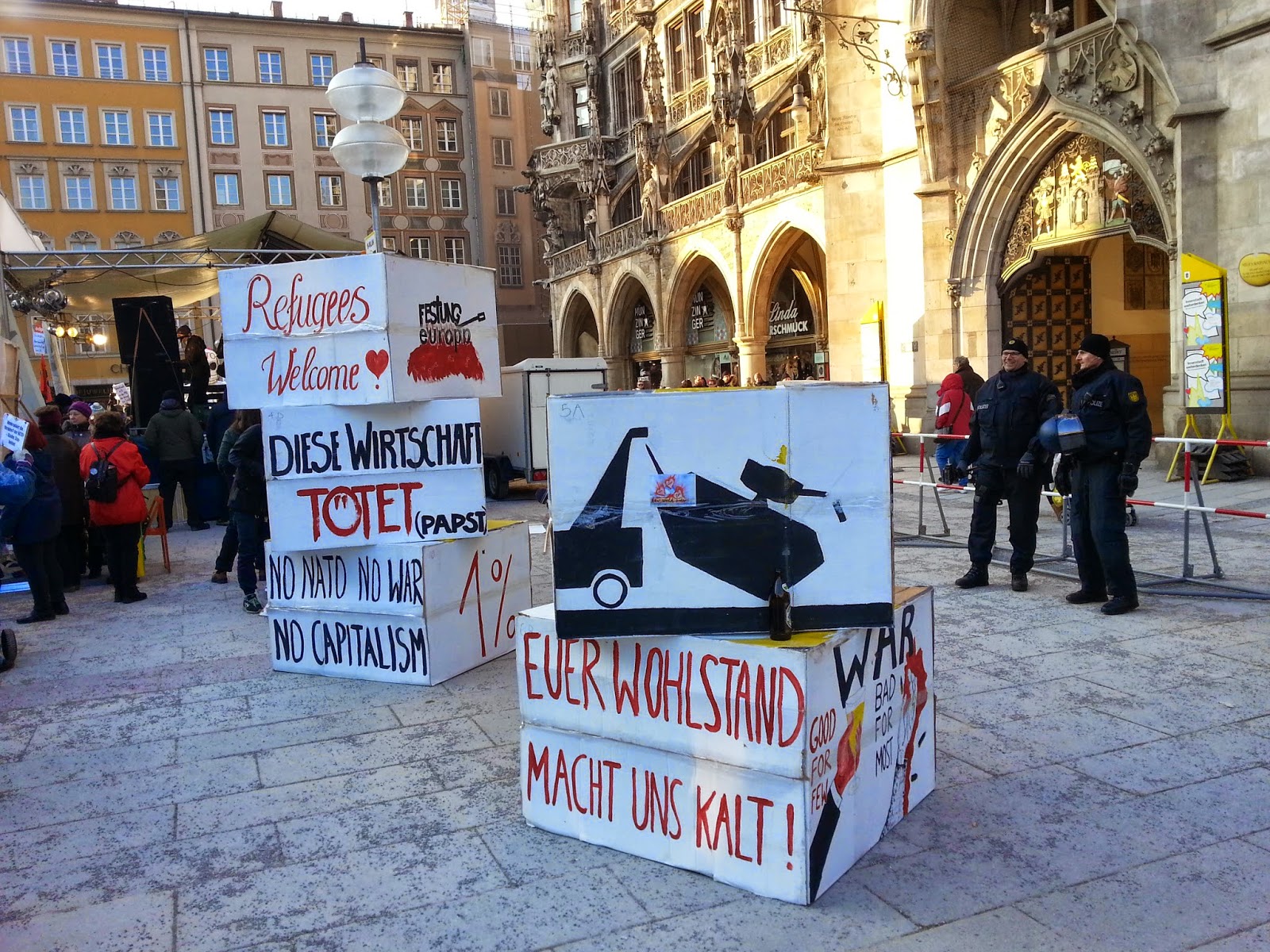 more insights, speech of a survivor of the odessa massacre, peace song and much more below => click
how funny, the police blamed me for wearing the guy fawkes mask, lol ... of course it is not allowed to be mummed at demonstrations in germany, but you know what? i wore the mask not in my face but on my back:o). how stupid are they actually? anyway, they've noted all the data from the copy of my ID-card (you know. i just bear a copy of my ID-card and copy of my driver's license in case the stupid police is going to control me) and have to wait what the higher police authority thinks about 'the issue' ... it looks like we will start writing letters to each others, the police commissariat and me ...

there was a small pro-kiew-junta demonstration in the city as well :-( ... the war criminal poroshenko was supposed to attend, but i haven't seen him near there ... and yes, i've attended the pro-donbass demonstration at the other side of the karlsplatz stachus (divided by the street and few police units) 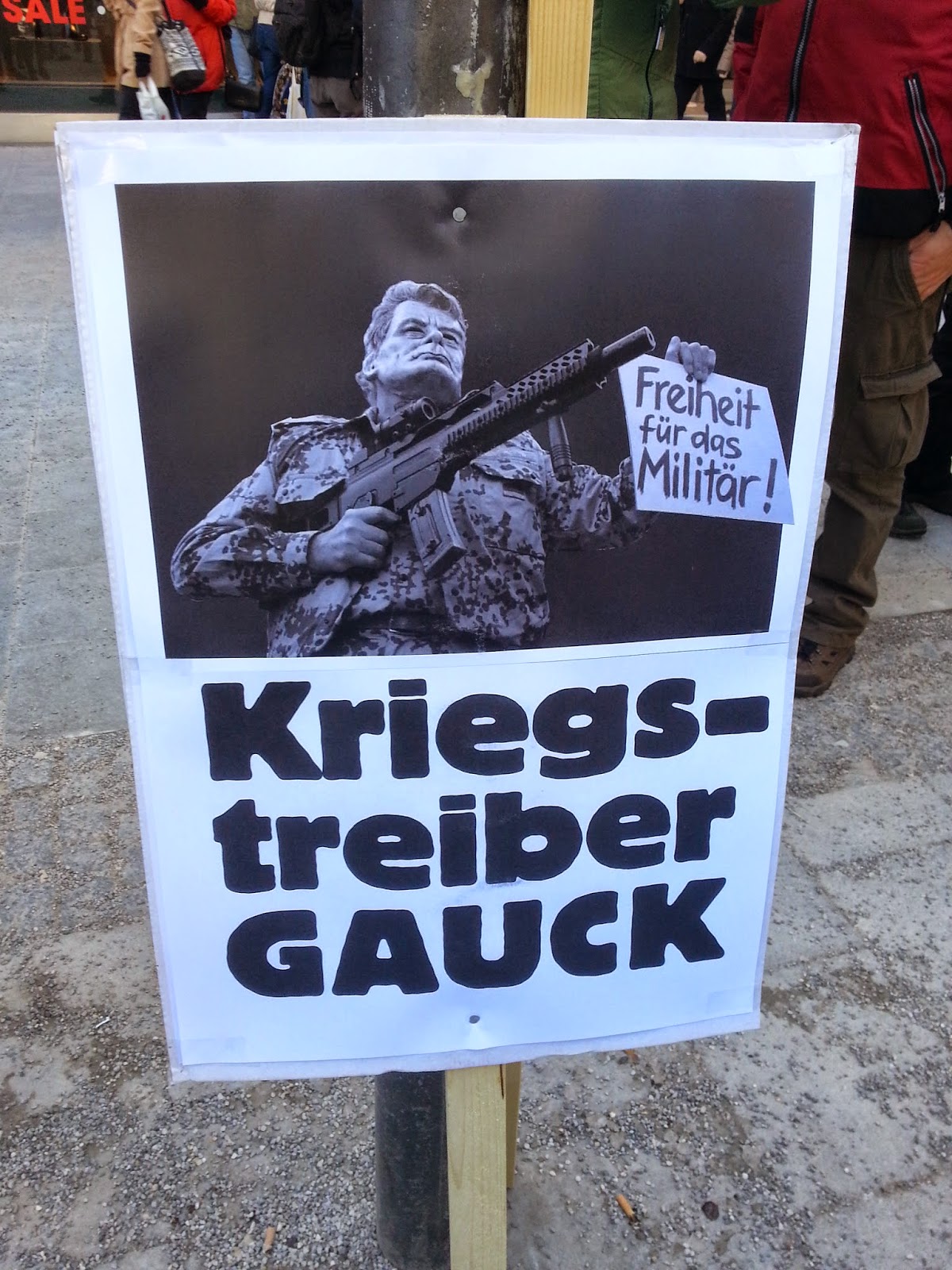 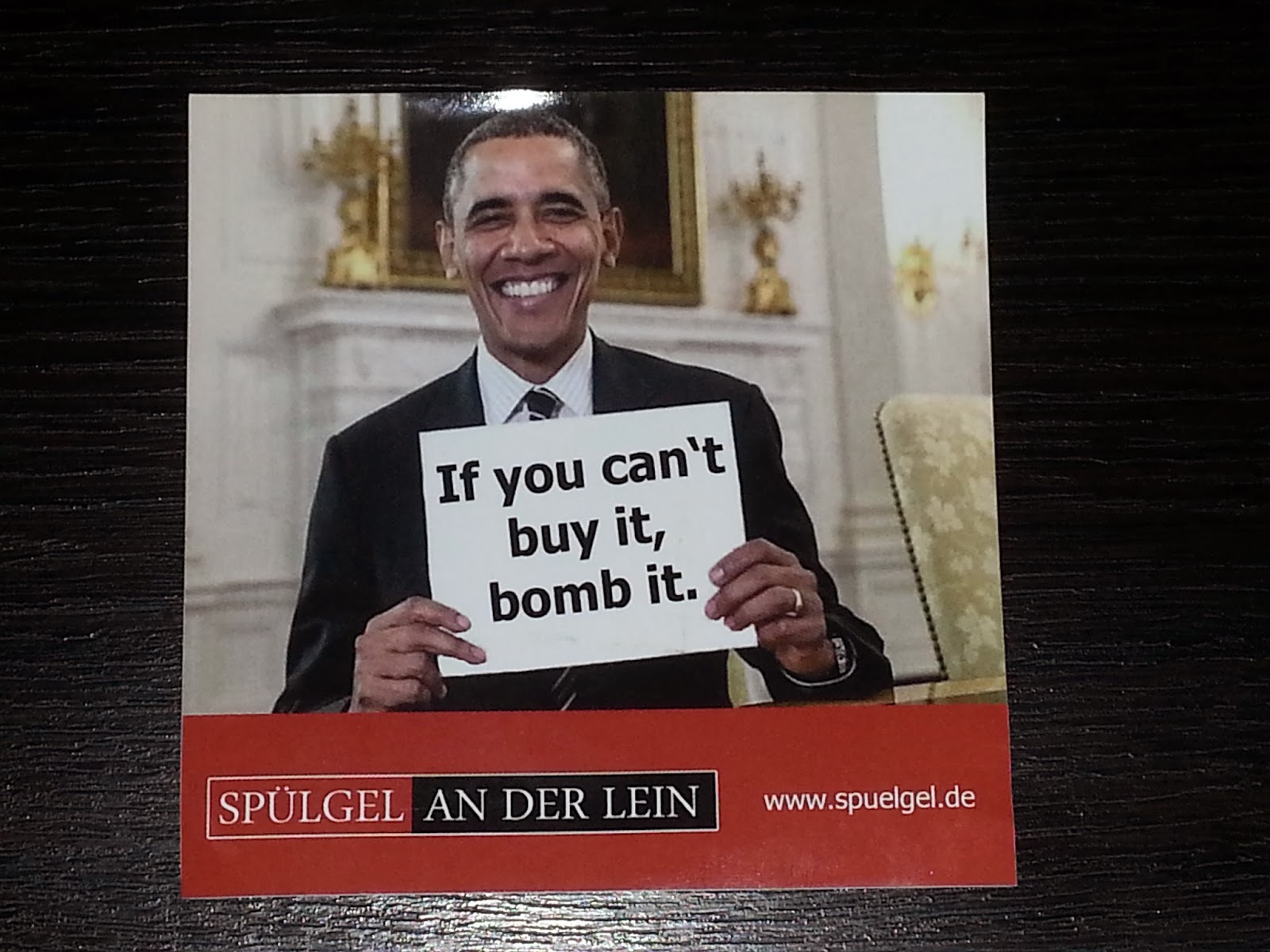 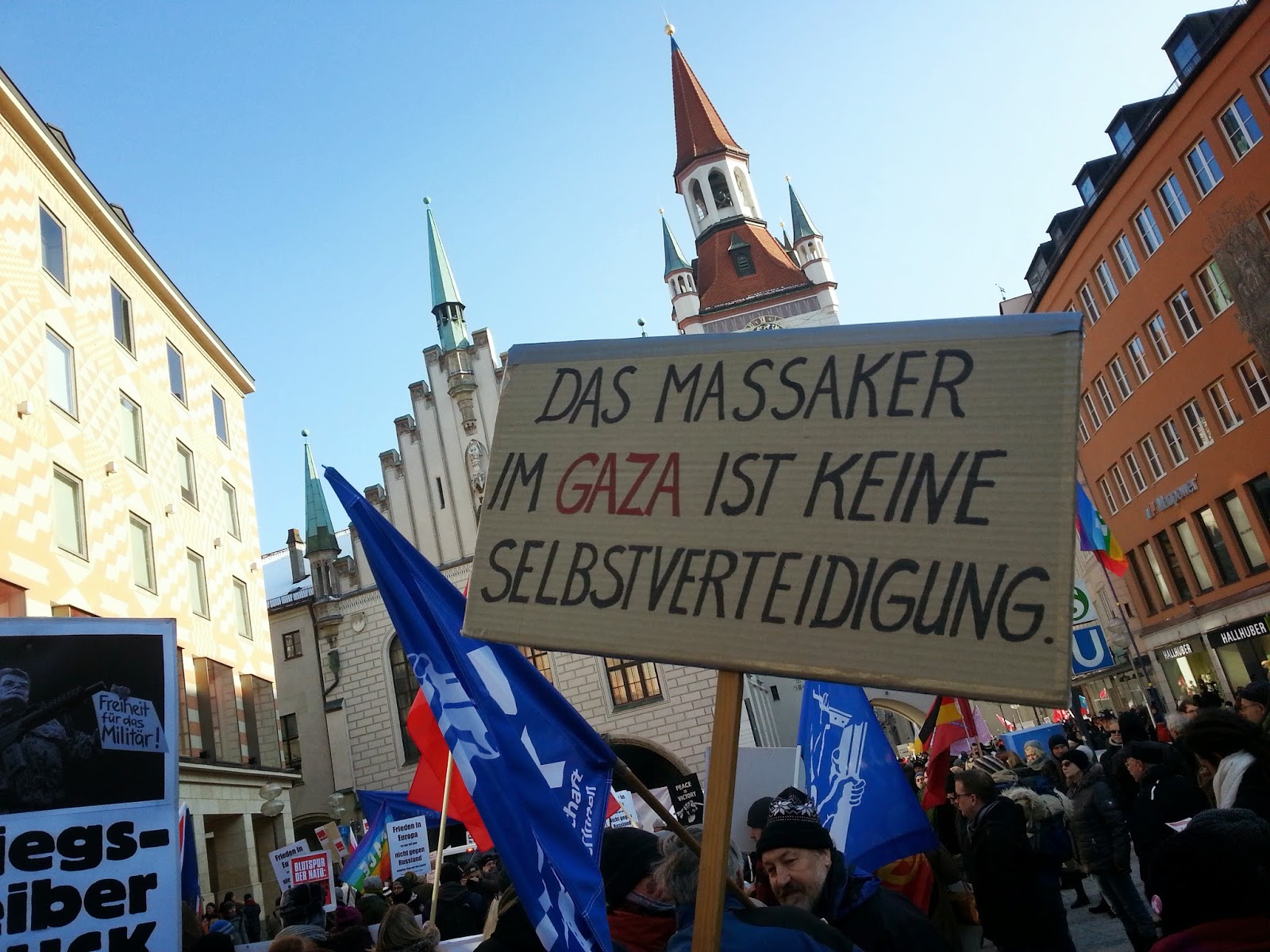 the gaza massacre is no self-defense 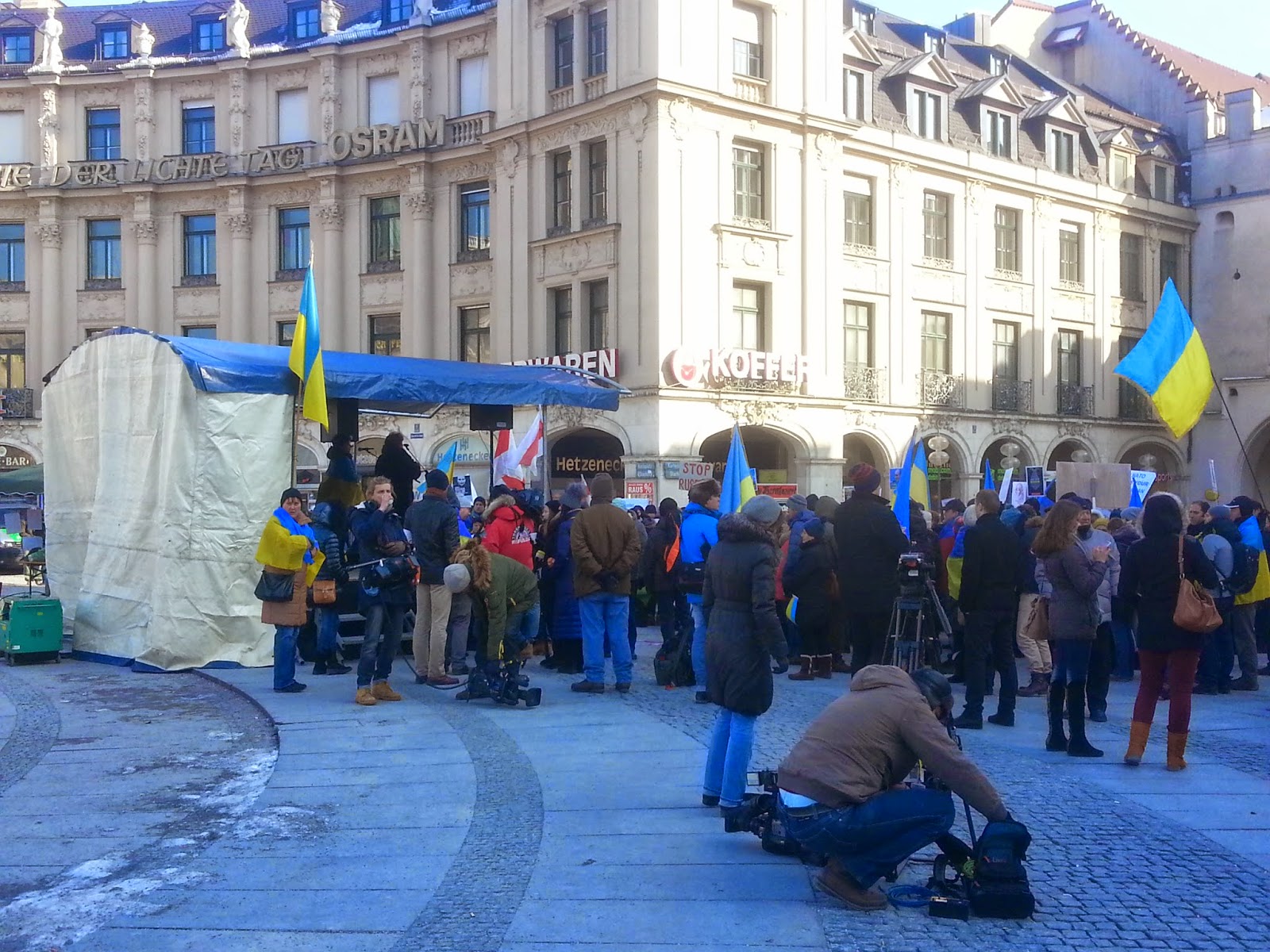 there was a pro-ukrainian nationalists event with war criminal poroshenko attending ... and look at our answer :-) 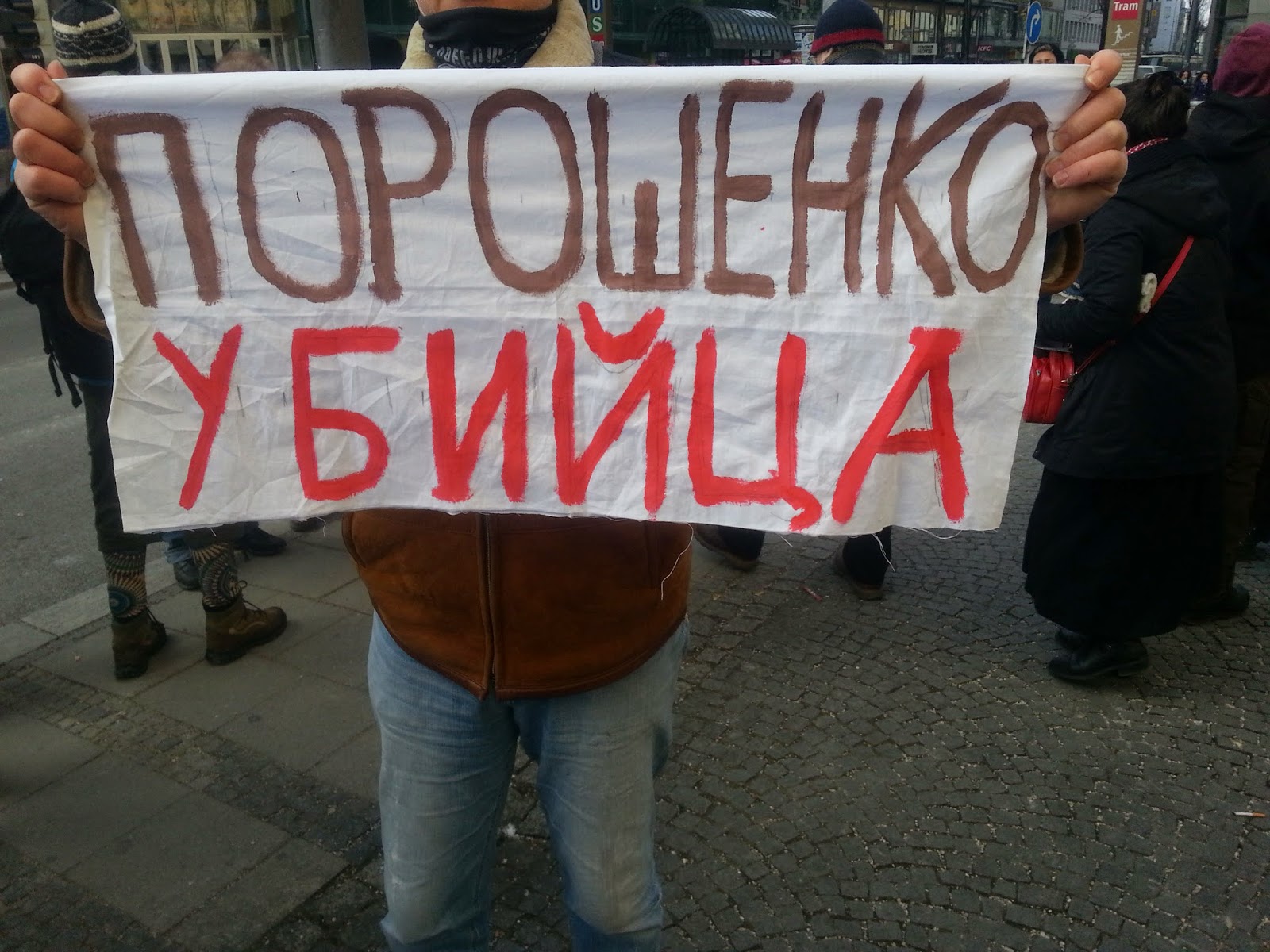 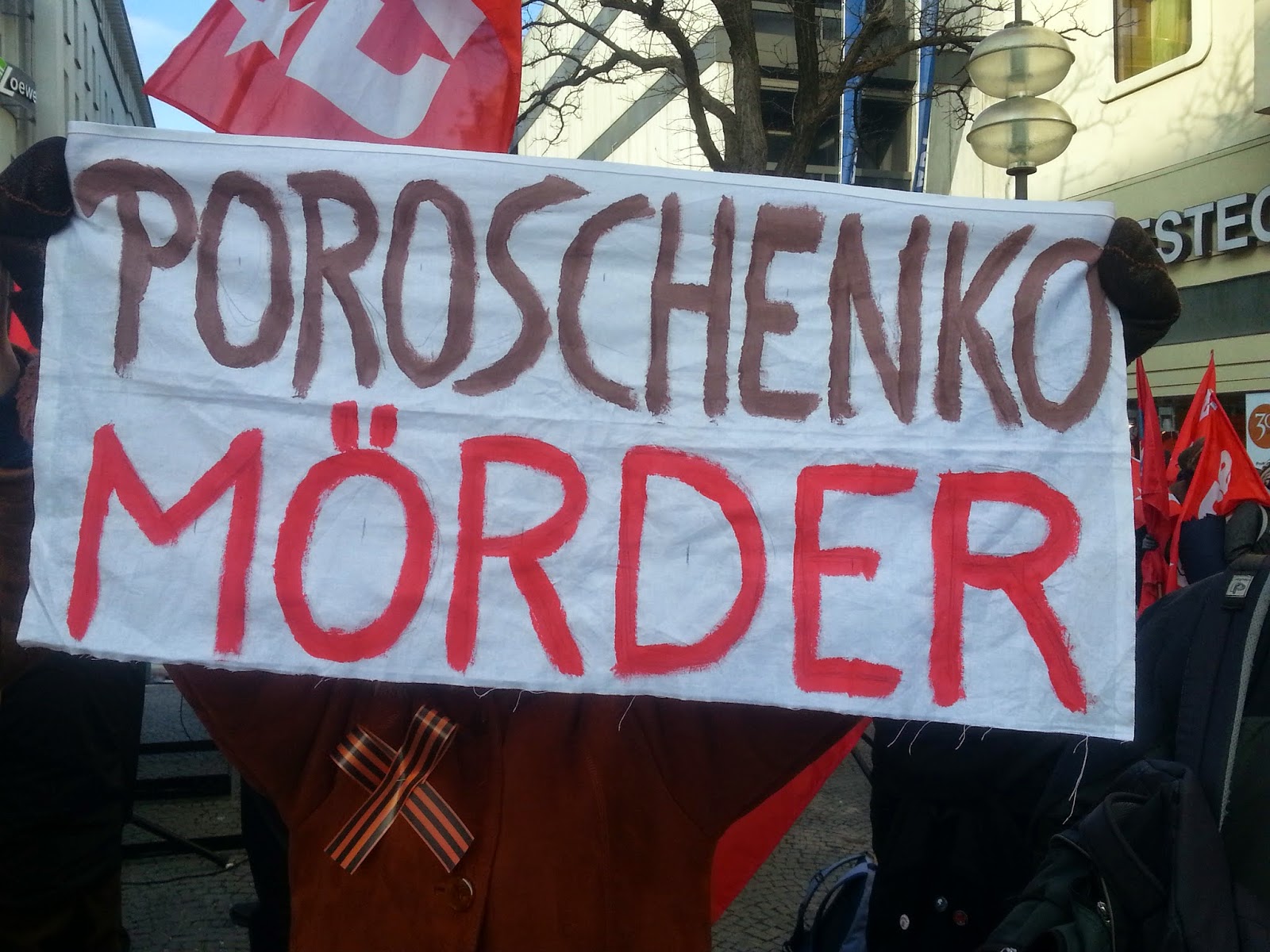 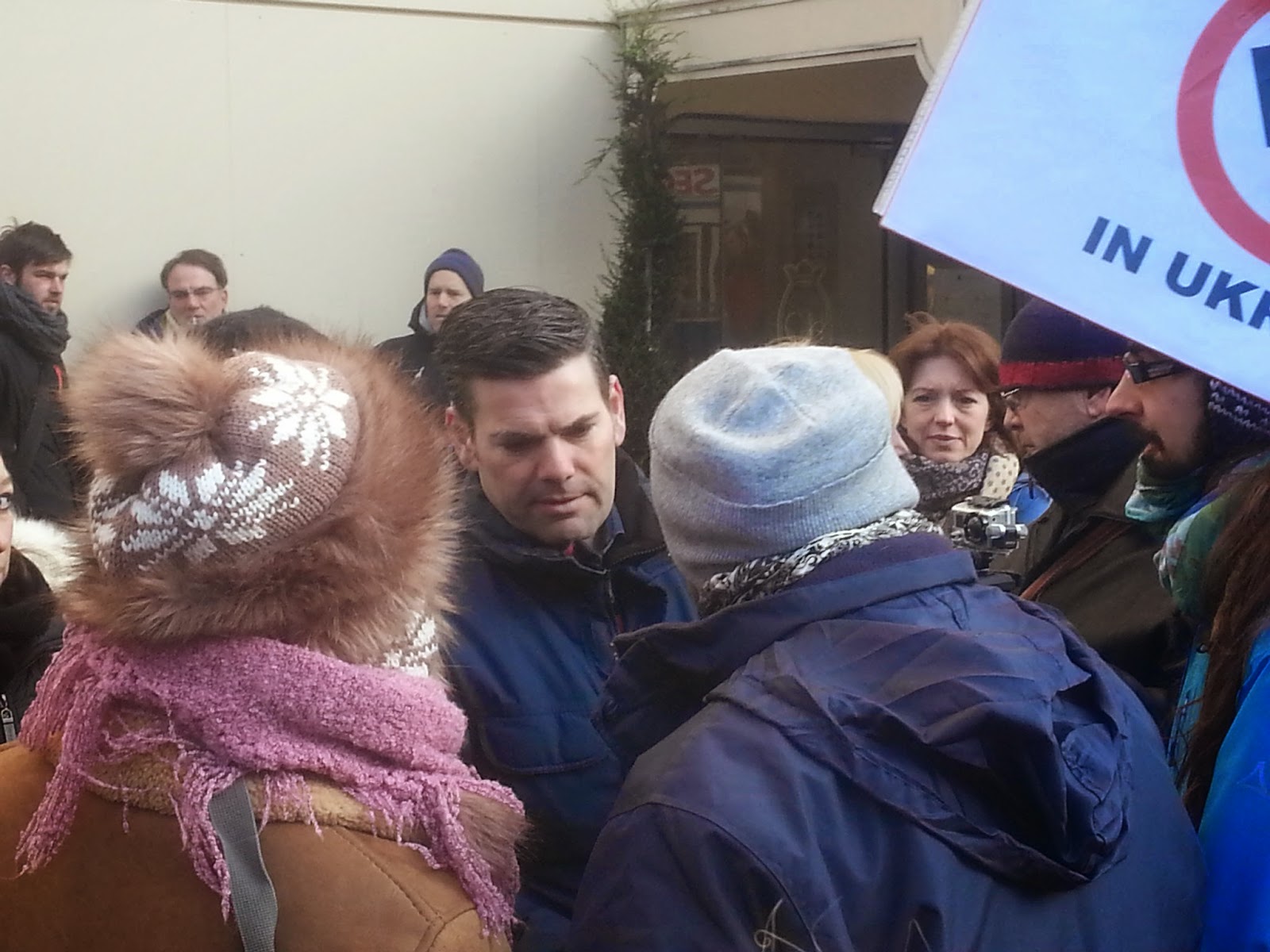 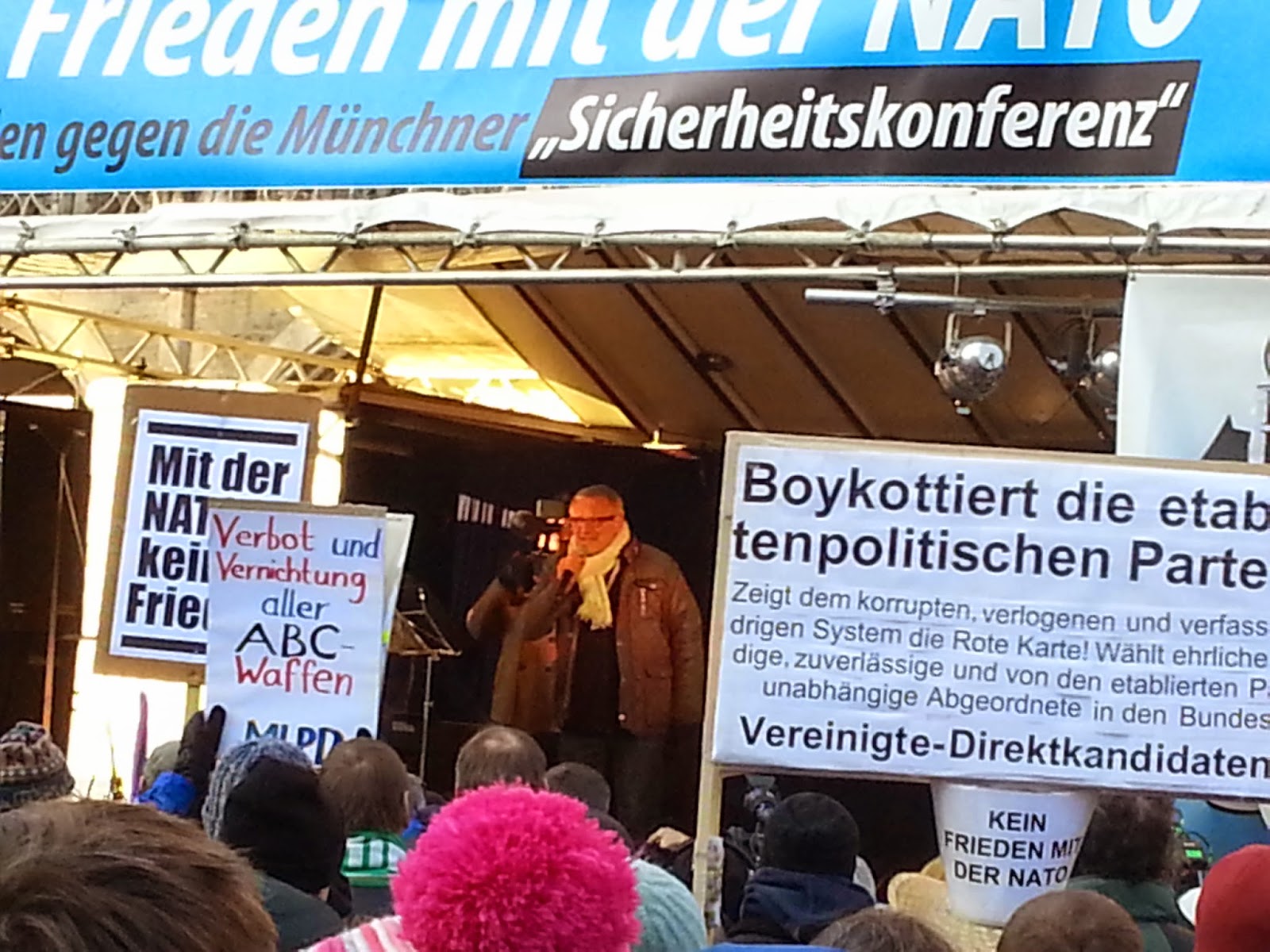 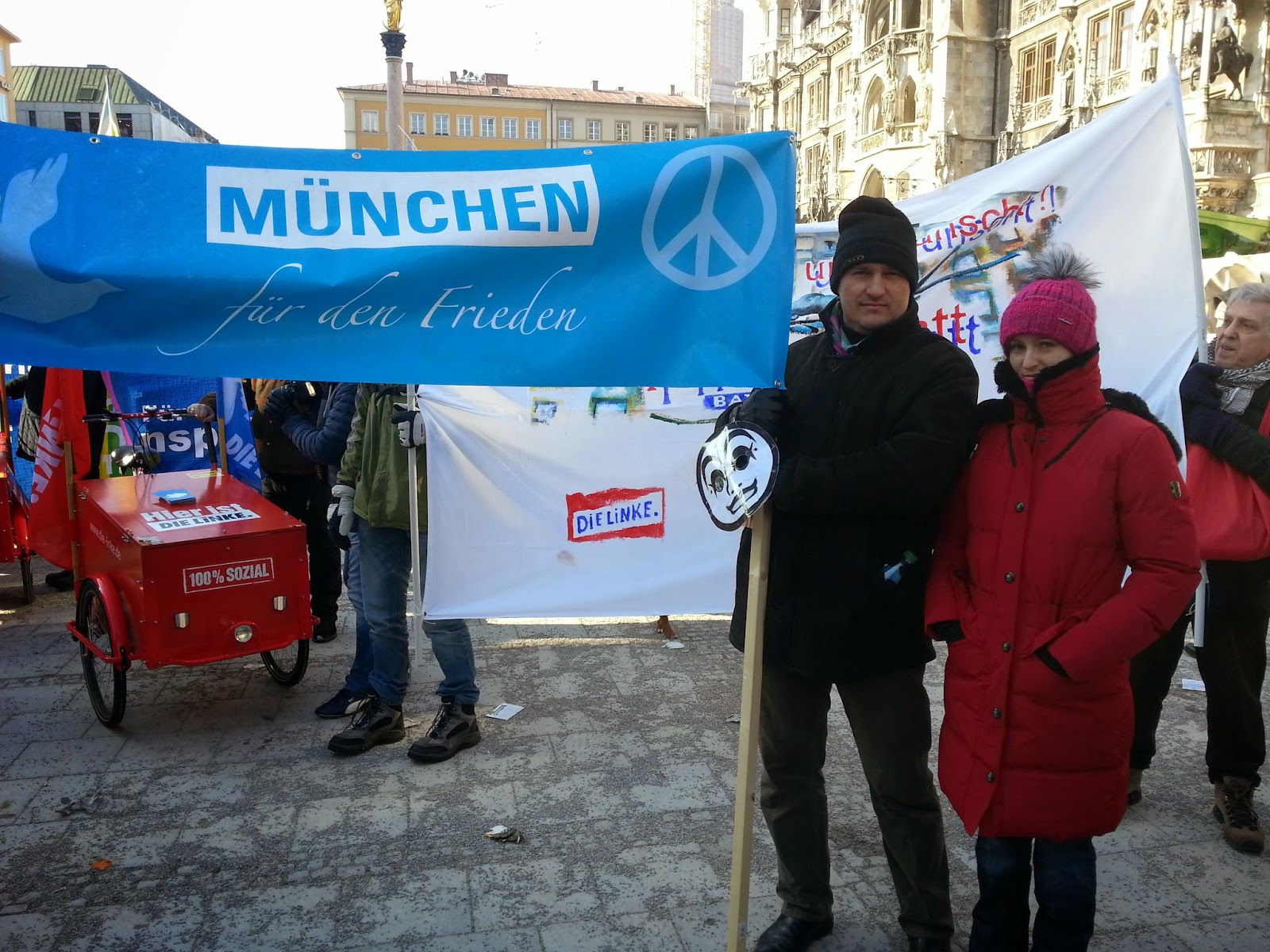 me + one pretty peace activist with our montagsdemo (mahnwache für frieden) banner
johann saiger (in german) about war danger in europe and germany as the sacrificial lamb for the american driven WW3 (minute 16:00 - 20:00) 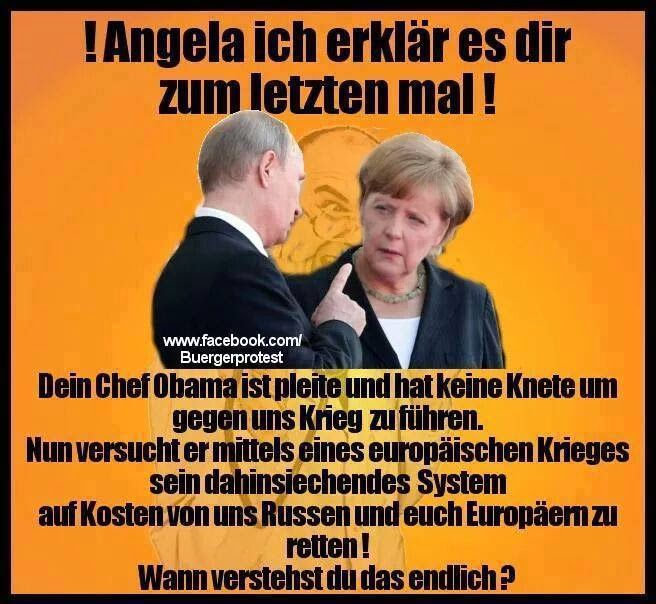