what an ugly year at the financial markets! 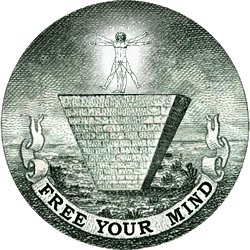 what the hell happened with me and the markets in 2011? well, the base of my former success, the (steady) rising gold + silver + commodities prices, was not the only difference this time .... unlike the last few years, in 2011 was the gold silver rally in late august unfortunately OVER with an all-time-high @ $1,921 just read my euphoric comment(s) + watch the funny screen shots as the gold price crossed the 1,900 burden ... and later on came the 2008-like-crash in mining stock prices ;-(

if u dont understand why im gonna separate between trading and investing results, its because traders and investors are 2 different species of our dear homo sapiens financialis. just think abt it for a second or two ...

traders = paranoid dreamers who fight against insiders, against political manipulators (eg interventions of central banks in the currency + bond markets), often even against fundamental conditions and own believes in order to snap off few bucks out of short-term movements of the financial markets. (jaro gruber)

of course, both traders and investors if they succeed have to pay taxes, support the society and oppose their ugly bloodsucking speculator image made by politics & mainstream media in order to direct the public outrage away from politicians. what if they lose? easy, then they lose their own money and nobody cares abt them .... go homo sapiens financialis go :)
any additional insights? well, after the tax payers all over the rescued the big banks in 2008/2009 the financial crisis turned into sovereign debt crisis (greece, irland, usa, italy, ...); the nuclear disaster in fukushima/japan was not bad enough in order to quit usage of nuclear energy and nuclear weapons (NATO's uranium ammunition 'left' all over the war places); the senseless western colonial wars continued in iraq, afghanistan, libya, .... ; the exorbitant western agricultural subsidies caused additional bankruptcies of farmers in 3rd world and thus hunger + starvation again (esp eastern africa ... btw, the situation there is so hopeless that few desperate folks try to survive as pirates ... OMD, pirates in 21th century!!!); the CIA financed arab spring movement caused revolutions in tunisia, egypt, syria, .... and finally, there is a big big BIG HOPE for 2012+ as the #OccupyWallStreet movement started in NYC and could spread itself around the globe. finally do people like u and me claim for justice + freedom + real democracy + a new society ruled by people and not by huge corporations & illuminati & corrupt governments ...

any lessons learned in 2011? the financial markets are not a one-way-road.

my outlook for 2012+ is not much different from previous years ... the fiat money crisis will continue and become worse and worse until the #OccupyWallStreet movement finally replaces the ruling 'elites' by real democracy and the fraudulent paper money system will be replaced by s.th. else, prolly by gold/silver backed currency(ies)

what to say after my whole financial mess is completely revealed and 2011 is in few hours over? what abt a slogan as every year? ok. merry crisis + happy new fear! huhhhhh? not pessimistic enough? ok, my 2nd trial: merry xmas + happy new year + occupy2012, my friends ;-) 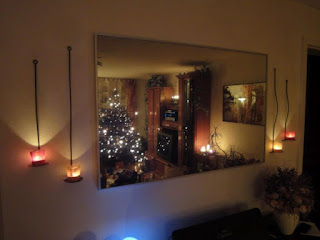 skiing with my youngest daughter 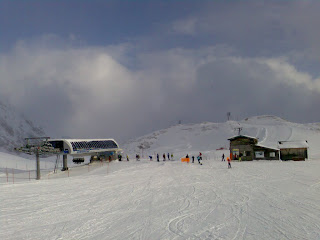 the weather was a catastrophy cos approx 95% of the time there was such an ugly fog we couldnt see each other. well, the reason weve changed our plan and went to the glacier at the top of germany was the quite warm temperature elsewhere (-1 to +2 degrees celsius) and a danger of rain. please dont let me get started on skiing when it rains and so dont ask my eldest daughter ~ WE WILL NEVER AGAIN SKI WHEN IT RAINS ~ it is as easy as that :-)

yep, at zugspitze it was cold enough (-7 celsius) and even if both of us are not 100% healthy we have enjoyed our 1st skiing this season. wanna few mor pics? here we go, enjoy my thinny picasa album (7 pics)

gonna CRASH this unfair political-military-system! how? gonna crash its MONETARY BASE ...

folks, ive seen that saaaaad saaaaad pictures + videos from egypt where police + military killed at least 11 unarmed demonstrators in the streets ... even women and folks laying on the floor without any resistance :-( ...  OMG :-(( 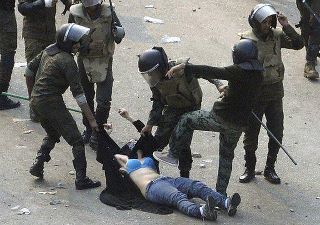 ... and it is not only egypt, there are similar current pictures coming from belarus (weißrussland), usa (#OccupyWallStreet protests), etc ... there is no big difference between democracies + dictatorships anymore ;-((, at least i couldnt find out any difference between belarussian & u.s. police at the picture bellow, maybe u can?  ... THEREFORE lets stop 'our' current political-military-complex ASAP ... real democracy NOW ... #OccupyWallStreet + #OccupyTogether + Я Ξ √ Ω L U T ↑ ☼ N 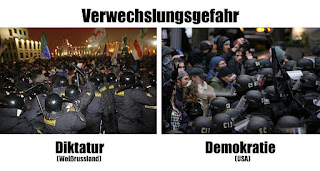 WATCH AND MAKE OTHERS WATCH ... and make all of us STOP IT, EVERYWHERE!


even more shocking truth abt egypt ;-(((


so how 2 crash this political-military-system? thats easy, my dear! the most (western) countries are bankrupt, really bankrupt... how the hell they still can afford to pay its police + military, to subsidy nuclear energy/industry, to subsidy its (well selected, not all) bankrupt banks, to subsidy nature destroying biofuels and other agricultural products and last but not least even afford 2 bomb other countries as the north atlantic terror organisation (NATO) led by the USA does all over the world? its all abt paper money which can be printed at no costs and used 2 pay its soldiers, banksters, bureaucrats ;-(( ... so whats 2 do? we just have to CRASH its MONETARY BASE => lets buy gold + silver + real estate + real stuff + withdraw (most of) our money out of the banking system ... (nothing on debt, of course)  .... go gold & silver bugs go and lets crash that fraudulent undemocratic unfair fiat money system NOW!

lets start immediately, just like i did, look what a nice SILVER ive got for paper €uros yesterday ... and yes, there are many folks buying precious metals right now, my favorite coin dealer told me ... anyway, lets hope 2012 will be a better year than 2011 was ... 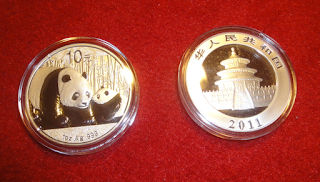 or do u more believe in paper money like €urope?

ps: gorbatschew warns of 3rd world war in his speach in munich on dec 10th, 2011 ... folks, lets stop the current military-political-complex before it stops the planet ,,,

a near term gold + silver producer in mexico + australia, a royalty interest in bolivia, 30% owner of midas gold corp, early stage projects in california / usa + indonesia, no debt, some cash, $125m worth of midas gold stock package, ... anyway, one of their properties in mexico (baha california) is their 'problem child' as the CEO mike told us cos of some environmental permitting issues ...

hell! poor me, all of my children are 'problem children', arent they? pls dont tell me that something always stays in the genes, my dear ... i fear it could be true :-)

so what 2 do? easy, same procedure as usual: ive bought few shares, applied 4 companys newsletter, gonna follow them on twitter / facebook / real life ... damn, ive again bought too expensive (at market opening) cos the gold & silver & mining stocks markets collapsed 2day again ;-( ... unfortunately, i mostly buy too expensive and often at market openings as i have no time + no patience to wait for the best possible entry and yes, ive sometimes also s.th. 2 do in my office job and thus cant wait for sale offers mr. market gives to the patient ... and on top i also dont have real time quotes (my broker charges it extra), so who cares? well, lets call that 'plan your trade and trade your plan' ;-)

anything else? coming soon or never :-) 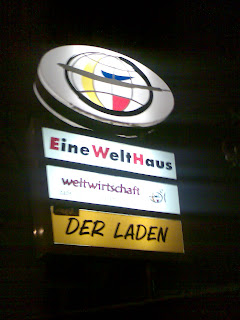 the EineWeltHaus (EWH) aka One World House in munich

well, we have been about 30-40 people who joined in the OneWorldHouse in munich to discuss important topics, but we were not able to decide how to vote for or against anything in 2+ hours ... OMG :-( ... real democracy is difficult, my dears :-)

at least we have put 4 options together and will decide next time, besides other reasons also in order to give the other folks who couldnt be here a chance to vote as well :-). our proposals?


anyway, everyone had a chance to participate and yes, we will speak abt the important issues next time


anything else? coming soon or never ;-)

hell, hell, hell, what a difference! my dear, i've joined my wife's xmas party for her esoteric spiritual group lebensimpulse yesterday  ... nobody hassled, no reasons for quarrels, everyone helped to clean up the rooms afterwards and yes, there was a peaceful optimistic atmosphere all the time. what did these folks different? damn, do they probably have a common vision? do they know how to make our world a better place? is a common consciousness of many many like-minded people a better way to change the world  than demonstrations? 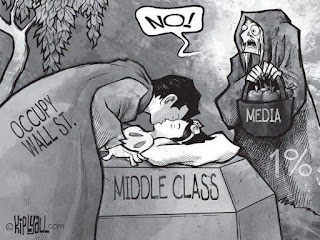 The Crash of 1929. American Experience. 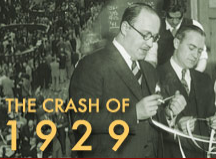 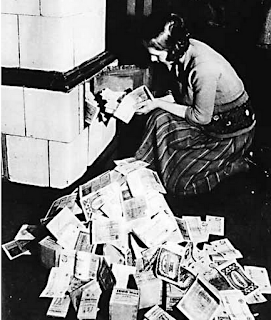 next money withdrawn out of the banking system ~ #jaroBUYs SILVER ~ not physical, only a silver ETF, but they claim to hold the silver their customers bought, so still better than fiat money on my account, isnt it?

and yes, in the long run silver can go up in $$ value, paper money only loses its buying power :-)

so how to crash the fraudulent paper money system? its easy, easy, easy, my dear! here are the 6 issues (= 6 don'ts + 6 dos) you have to follow