the stock market does not go down ...

folks, believe me, the stock market does not go down! why? well, there is simply too much liquidity out there (ie what we former called money). its as simple as that :-) 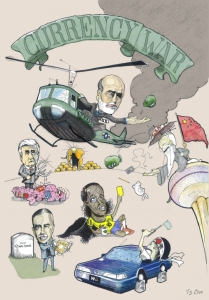 
usa, europe, grerat britain, china, brazil, japan, ... btw, is russia + zimbabwe missing there? btw, who is the guy with the many gold bars behind him? any idea out there?
posted by jaro gruber @ 6:35 PM No comments:

i took a day off, a great day, i think. why?
a) ive bought some gold, physical, of course ... pls do not laugh too loud abt me that ive been sleeping sooooo many years and started buying at record high prices around $1,400 per ounce ... better late than never, u know? well, ive been buying silver before :-) ... btw, i dont consider silver cheap anymore, so have turned my attention 2 gold, my guts feelings told me 2 do so, u see? its as simple as that! folks, yesterday, by an accident ive saw the chart of the gold/silver ratio somewhere in the internet ... i couldnt believe my eyes and im sure u cant imagine either ..... buuuuuut gold is currently at the cheapest level since 1998 compared 2 silver, not to paper, of course. is it really true that ive had that much luck with my timing? OMG!

(source: executive bulletin via stockcharts.com)
b) ive decided 2 crash JP morgan chase! thats are prolly the most ugly silver market riggers on planet earth, so why not teach them a lesson? just kidding, u know i dont believe in all that 'evil' manipulation stuff, dont u? of course, there is a lot of manipulation in the 'paper' world of bonds + currencies and some manipulation also in other financial markets like gold / silver / equities / commodities, but thats the way the markets work for years, so lets accept that, my dear ;o). anyway, ive bought 1oz physical silver in order 2 support folks who are trying to crash the silver short sellers like JPM + HSBC via buying physical silver and/or choosing delivery on their march silver futures instead of cash settlements => go silver go! 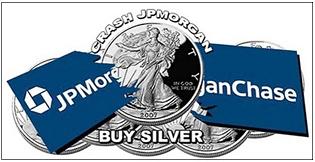 btw, whos gonna join me there? 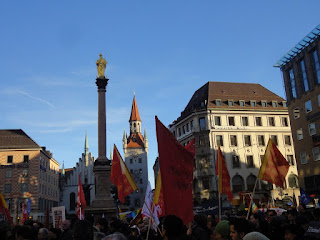 politics meets war industry @ the 'security' conference in munich ;-(
LETS FIGHT AGAINST THEM!
folks, dont allow them to destroy the planet, todays weapon are far to 'good', u know? of course, ive been among the protesters again. well, 2day i didnt succeed to attend the main demonstration through the streets of munichs old centre cos i had 2 pick up my youngest daughter @ school after her skiing course week, but ive joined the protest and the protesters in front of old city hall later. ive been 3 hours there as the protest lasts as long as the official program takes place in order to tell the war planners we dont wanna  them in our city and we not wanna them at all!

there were many different groups there: workers unions, green + left parties, some christian organisations, young people, old people, egyptians, ethiopians, tunisians, afghans, iraqis, ..., free thinkers like me and ... police! a lot of police :o(. well, there were police units in light green uniforms, green, dark green, blue and black uniforms - their weapons and safeguard equipment was also very different. from usual every day outfit up to heavily armed guys with steel helmets and firearms :-(

folks, we shouldnt allow them 2 waste our tax money on wars, we shouldnt go deeper and deeper into debt in order to order more and more bombs, airplanes, war ships, nuclear weapons making the attending companies richer and richer and causing death of innocent people all over the world!

LETS JOIN 4 PEACE AND A GREEN FRIENDLY PLANET! LETS REACH THE CRITICAL MASS  AND FORCE THE CHANGE 4 BETTER LIFE 4 ALL FOLKS ALL OVER THE WORLD ;-). (like the eastern germans reached 12 years ago and the egyptians recently. bye-bye, mubarak! bye-bye dictators + weapons + politicians + war)! NO MONEY 4 WEAPONS! NO DEBTS 4 WARS! never :-).

folks, what do u think abt my following idea? well, lets destroy the fraudulent paper money system!!!  it is as easy as that! without paper money, printing press, endless debts and deficits, there would be no such stupid wars like e.g. against afghanistan possible. just imagine all money were gold & silver, what do you think, how long would the western 'democracies' waste their hard earned and saved gold + silver on such stupid 'investments' like wars on iraq, iran, terror, afghanistan, etc? not toooo long, isnt it? there were also no senseless (nature destroying) subventions, financial bubbles, bailouts, etc. in current dimensions possible. btw, do u know how to destroy the paper ('fiat') money system? its very very easy, just destroy the believes of the average tom+joe abt paper money :-). thx to the fractional reserve banking there is only 2%-10% of all money available in the bank safes as physical money, thus only the first 5% to 10% would get any money out of their accounts anyway. even better than simply to withdraw own money from the banking system is imho to buy gold and silver and other hard assets (fair priced commodities + farm land + real estate + shares in honest businesses/companies + etc). of course, we shouldnt lend any money to governments either! (our money comes as debt of s.o. else into the system, mostly as debt of governments). whos gonna join me and all the other gold bugs out there in this matter?

there will be few pics 2morrow, the battery of my camera is recharged right now :-)

you know what? ive decided to visit the centre of war planning, the noble hotel bayerischer hof now! gonna there with my wife 4 a drink, lets hope angela merkel, hillary clinton and many other taxpayers-money-waster are still there. why? of course, dont wanna drag all these bad eggs and tomatoes back home :o)).  ..... such a shame! police blocked all streets leading 2 the hotel bayerischer hof (=next taxpayers money wasted) ... well, the war lords fear the public! of course they know why ;-(