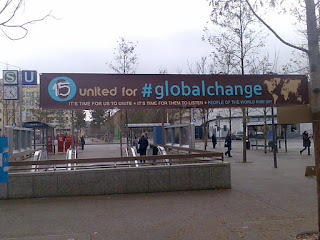 one of our banners ... btw, wanna join a similar movement in your city / area?

well, ive just spent a nice afternoon at the #OccupyMunich demonstration (its every saturday, my dear). the highlights 2day? imho the cherry hot wine punch + music by markus nagy :-)

this recording is from a demo 2 weeks ago, for better quality sound pls move 2 markus' website, there are few trailers available, like e.g. this bankruptcy song sung in 'bavarian german' ... sooo funny, soooo true ... enjoy + pls read below WHY we should protest ...

well, lets translate it to english:

of course, the nazis and the current financial mafia + its 'new world order' is not completely the same, but in countries like afghanistan, iraq, libya, syria (soon?) we can easily see that even ten thousands killed folks do not matter, thus i dont stop fighting.

next money withdrawn out of the banking system and placed in my 'savings column' ... well, my badly awaited extra salary will arrive at my account next wednesday, but my shopping is done already ... i simply couldnt resist the SALE prices all over the mining stocks board 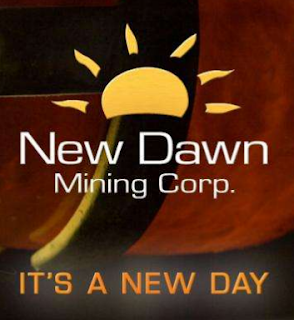 source: http://www.newdawnmining.com
so lets balance my investing account next week

by mistake in FFB 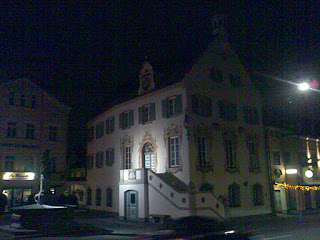 what a strange evening 2night! well, the best of all wives + me have landed in fürstenfeldbruck (FFB), a small city 20 km away from munich ... i havent been there for 3 years or longer, my dear... well, weve planned to visit a cocktail bar right behind munich, but theyve built a new road out there and yes, we didnt find the right turn and then it was too late ...

spontaneous as so often in the last time, we changed our plan and visited FFB, place we used to go swimming on weekends few years ago ... as tourist do, we stopped at the very centre and jumped into the 1st pub we could find, the 400 years old post hotel. the kitchen was closed already, thx goodness their polish waitress found some bread somewhere and yes, we have survived + had sooo nice time there ;-)

any lessons learned? yep, weve decided to go out once a week or at least every 2 weeks ... and yes, for some time we gonna try every time a new location ... you cant learn anything new by walking on your old paths all the time, u know? 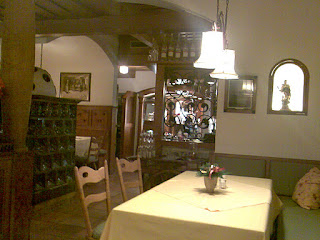 THRIVE - What on earth will it﻿ take? 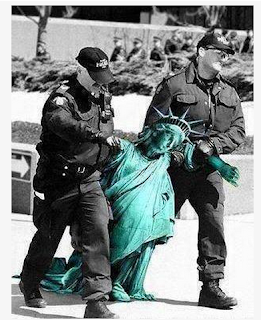 source of the picture? the #OccupyBerlin group on facebook 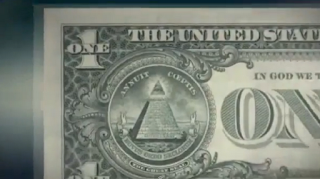 source of the picture and of the sooo great 2h documentation abt the 'new worl order' i.e. abt the control of everything by very very few: http://thrivemovement.com/

enjoy the video and yes, make sure you have 2 hours time to watch it, imho it is 100% worth the time spent :-)


well, there are more movies & movements like that, so pls awake and join one of them in order to bring the power back to the people and bring sustainable future for our poor overexploited planet as well. my top 2 suggestions?
posted by jaro gruber @ 9:03 PM No comments:

what's the advantage of long blog titles? there is not much to add later on :-)

folks, please don't think the oil price is gonna collapse ... i would rather hold my trade till the end of january, but i couldn't ... well, my call option (call warrant) expired yesterday, so the goldman sachs guys sold it close to the daily low @ 3.50 €uros i think (brent oil was $113 per barrel yesterday) ... it is nice to be an emitter & market maker at one time, isn't it?

why did i buy all these 3 major commodity producers and not any pennystocks this time? well, i just thought my always underfunded account will enjoy their fat dividends ;-)

as u can easily see, i've stolen (=source) that picture from my canadian oil explorer donnybrook
posted by jaro gruber @ 8:37 PM No comments:

next investor lunch 2day => a nice update on operations again ... hell, next time im going 2 post an andover ventures picture, promised ... will prolly have 2 steal one from companys website, haha :-)

there is not everything fine at andover cos they didnt put their trixie mine into production this year as theyve promised, buuuuut there is such a great perspective and such a nice shareholder structure (directors + insiders own biggest part of the company so lets hope they will act as owners and not as managers ;-) that ive bought all my andover shares back i had to sell during my margin calls horror in september/october and even few more => im glad to carry a bigger line of andover shares than ever before

... and silver, copper, zinc bugs as well, of course ...
btw, here u can read my insight on andover from their former investor event(s)
posted by jaro gruber @ 8:27 PM No comments:

next demo in munich ... btw, there is every saturday a demo in munich organized / promoted by folllowing facebook group called 'real democracy now' and this FB group is also the source of all pictures posted in this blog: https://www.facebook.com/groups/185555744826877/

wanna join the movement in YOUR city / area? well, we claim we are the 99% but to be honest we are less than 1% by now ... of course, there are for sure 90+ per cent who are fu**ed or at least cheated by the fraudulent fiat money system and our corrupt politicians who transfer the nations wealth from the main street to the wall street, but there are still not enough folks who are willing to stand up, unite, fight against that fraudulent system ... but our number is growing, worldwide :-) 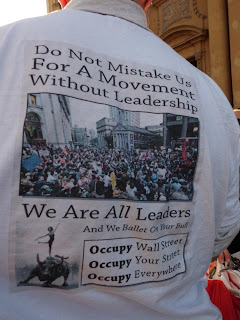 music of the movement? well, there were many talented folks singing out there and even one famous german balladeer (konstantin wecker). anyway, i liked most this bob marley's 'movement' song performed by philip wienand:

what abt the text? 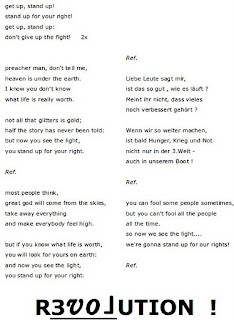 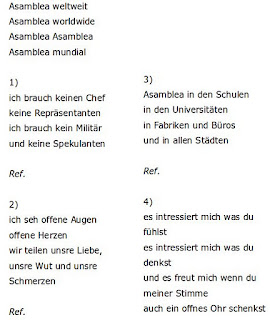 ... and on top here u have my pictures from that great event / afternoon :-) ... and for those of you who already forgot the 1st worldwide action #united for #globalchange on october, 15th here comes the link to my former blog post ♥ Я Ξ √ Ω L U T ↑ ☼ N ♥

wanna learn more abt the #occupywallstreet movement (taken from one of its corresponding facebook groups):

The movement created by the occupation of Wall Street isn't about a park in New York city, it is about all of us. For too long we've allowed our rights to be stepped on. Our futures and financial freedoms have been sold to predatory companies that profit from our hardship and strangle our economy. We've allowed our government to be bought while the ceaseless turning of war machines in foreign lands ravage resources and destroy the environment. We cannot allow this system to stand anymore.

Occupy Wall Street has initiated a dialog which has, in just two months, raised awareness across the globe. Individuals are unplugging themselves from junk media and are getting plugged into a conversation that is of vital importance. Some are taking to the streets, possibly for the first time in their lives, to stand up for their rights and exercise their freedom.

Mayor Bloomberg and the NYPD can evict, brutalize and oppress the citizens of New York City but they cannot stop this movement. It is bigger than New York and it isn't going anywhere.

Stand up for your rights. Stand with the 99%!

btw, here is the link to the video of the performed song 'empört euch' by the star guest of the afternoon konstantin wecker :-)
.
posted by jaro gruber @ 4:09 PM No comments: 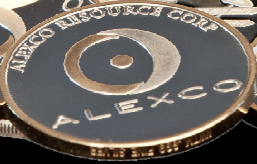 well, there is everything fine @ alexco:

nothing wrong out there? well, ive increased my alexco position on monday @ CAD 8.09 ... and yes, the stock closed @ CAD 7.29 today, which means i would get 10% more shares for the same money 2day ;-(. well, the equity markets are completely irrational and our dear homo sapiens financialis is currently sooooo fearful that he e.g. sold one of the biggest silver producers in the world, silver standard resources (SSO) 22% cheaper than yesterday only cos theyve published some lower resource estimation than before ... and a profit of $0.27 per share versus a loss a year ago ... and a cash balance of $356 million etc and so on ... well, ive increased my SSO position yesterday and thus such a dramatic price decline on day two hurts like hell, but when ive read the 'reasons' and recognized that SSO hardly will go bankrupt on this issue => i just thought WTF, WTF, WTF => too funny, isnt it? i just laughed and laughed and laughed abt the stupidity of investors / traders and yes, ive doubled my yesterdays SSO position, so i have double the size of stock which is currently 10% down => lets lean back + appreciate the pull back in a week or two or three? folks, whats your guess:  whos right this time, mr. market or me?

a nice update on endeavour silver's operations at their investor lunch event in munich 2day ... well, there is everything fine at endeavour (=one of my top 5 portfolio positions by current $$ value): 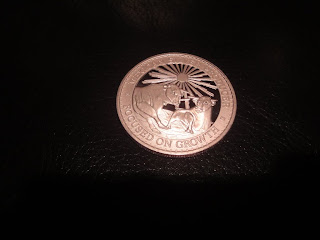 pls decide by yourself whats head whats tail, my dear ;-) 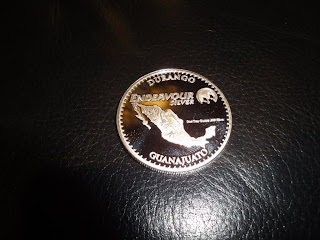 yep, the coin is different than the one from last 'dividend', isnt it? 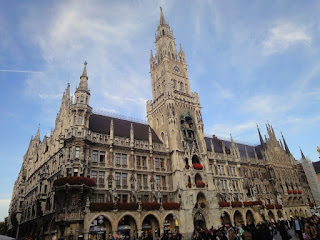 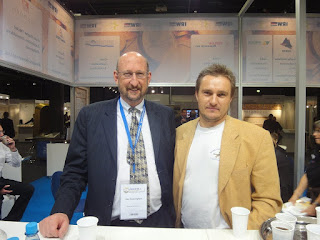 any investment ideas? well i will prolly post few comments abt some companies ive been impressed most (and bought few shares) when i will have some time to do so and link that stories in the list below. do u agree, my dear?


btw, i didnt get a picture with the key speaker this time (canadian billionaire eric sprott) cos i didnt like to wait for a break between his countless interviews

... and yes, billionaires are fellows like you and me, they just patiently answer questions and try to explain their attitude 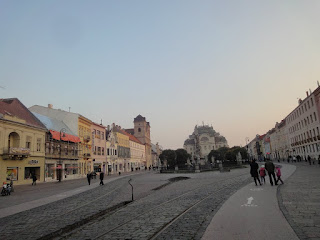 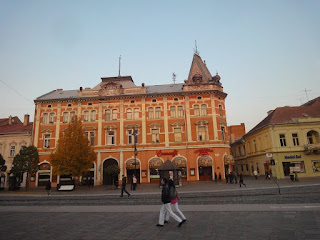 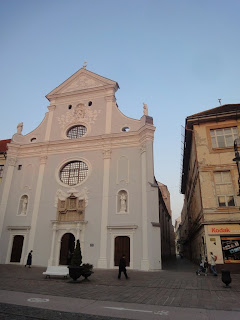 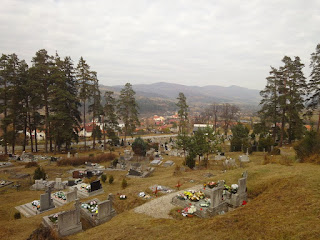 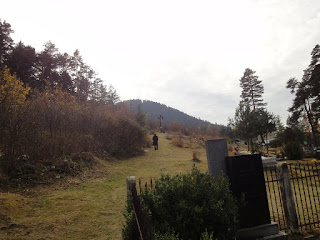 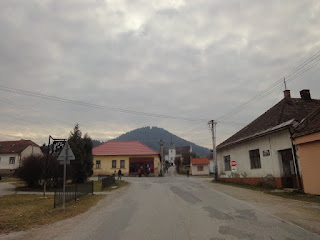