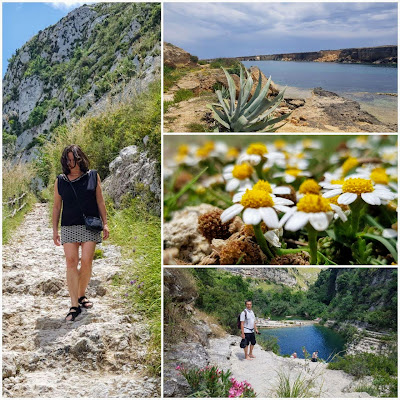 the most interesting thing to learn today was the fact that the canoyn was closed. but look what a great entry made the italians. they are rebels, you know? 😏

the main entry to the canyon 😂 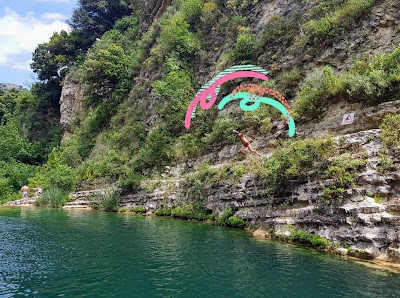 me, jumping in the lake

the best of all wives 💕 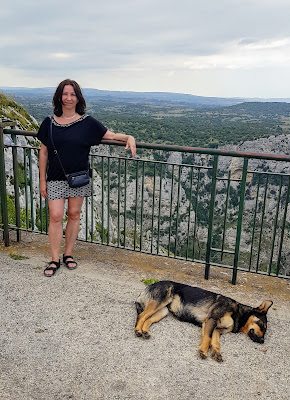 what a nice lunch break in the only restaurant out there

the nearby city of cassibile

ruins of a church + castle

the next stop at our journey through sicily (sizilien) was the baroque (barock) unesco heritage city of NOTO in the syracuse province in southeastern sicily. 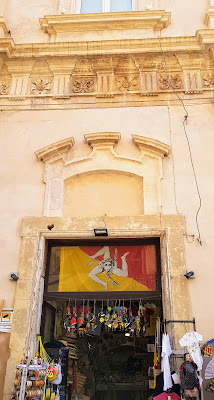 the triskelion 'trinacria' showing the head of medusa (=monster) with 3 legs and 3 wheat ears is the flag of (the autonomous province) sicily since 1282 after the successful revolt against the french king charles I of anjou. 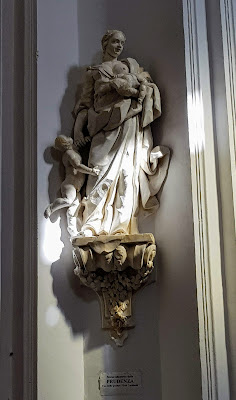 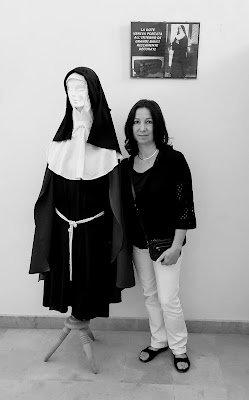 let's climb up to the roof of this beautiful church 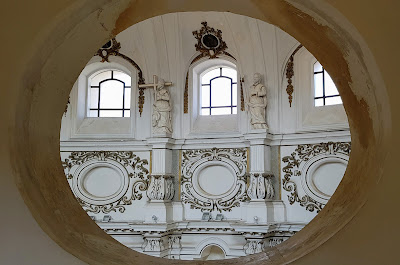 cafe bar amarcord, what a great place to eat and drink :-)

coat of arms of noto 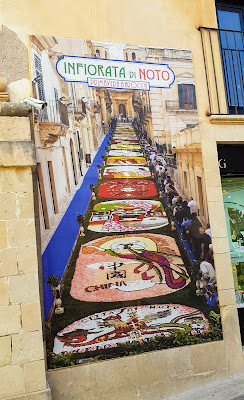 what an interesting exhibition ...