plant trees, save the planet and do NOT wait for SOMEONE else :-)

lets plant trees and save the world (not just the climate 😄)

the hot and dry weather seams to be worse and worse every year => lets try to plant more trees and renaturate forests wherever we can. i tried it again this weekend and planted 4 trees in the weakest part of the nearby forest in lochham. as there should be at least some rain in the next few days are the chances to survive for my trees quite good, if you asked me.

my dears, i was so happy to see that at least one of the golden acacia trees i've planted few years ago survived and has grown to a quite big and thick tree left from the chapel below. what a nice feeling 💃 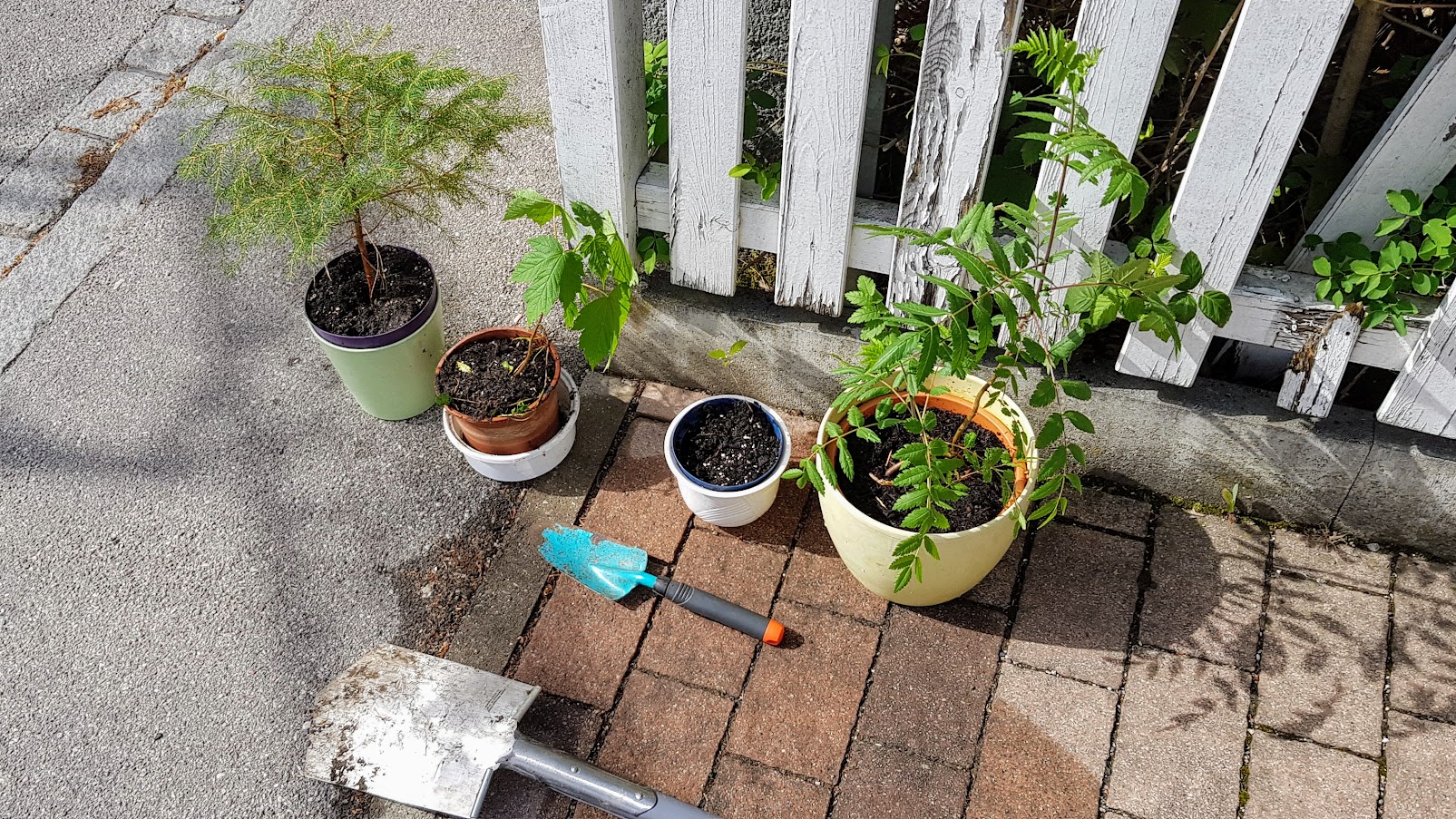 this 4 fellows (maple, spruce, cherry tree & rowan) from our flowerpots & garden place above our subterranean garage (where they couldn't grow much longer) are looking forward to see their new habitat 💚

all my trees will grow close to this chapel in lochham 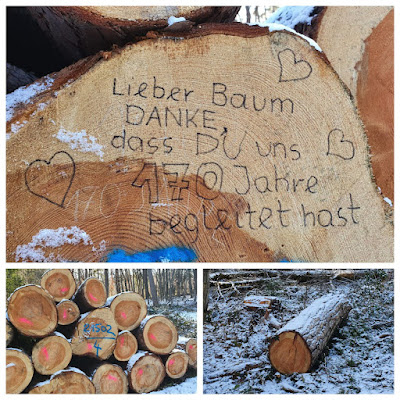 they were 170 years here for us. still healthy + producing oxygen we breath. now dead. so sad 😨
my dears, thank goodness i'm not alone in my efforts. new zealand wants to plant 1 billion trees to fight the climate change (source HERE), sadhguru motivated 160 million people to plant trees (besides river banks) in his #rallyforrivers action in india (#saveourrivers, i mentioned that action already ... and supported it a little bit financially) and there are many, many people around the globe devoted to saving our planet's resources, you know?

sadhguru
on the way back i've collected some garbage into a plastic bag, so our forest is a little bit cleaner than it was yesterday ...
why am i doing stuff like that? it was a very simple consideration few years ago. i felt that we people cannot continue to destroy our nature and that someone should save it. but WHO is SOMEONE? this simple question helped me to recognize that me, you and all of us should help to improve our natural environment and we should not wait for someone else :-). easy, isn't it?

after orwell's 1984 is huxley's brave new world the next logical consequence (probably also a template for the new world order #NWO ambitions of the so called elites, isn't it? #FreeAssange 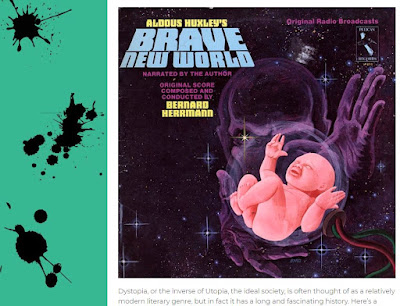 source of the picture + of short overview about few famous dystopias HERE (www.inktank.fi)


in the last few months and weeks i've often thought about george orwell's novel 1984. about aldous huxley's brave new world, too. i've read those books last year or 2 years ago and the current occurrences in germany + the (western) world remember me more and more about a probably final stage of planet destruction and total slavery for the most of us as prophesied in those books :-(.

sadly i can't understand why almost all of my colleagues and most people around me stay so calm and relaxed? do they not see all the mess coming upon us? or is maybe my own perception wrong and our world is in its best shape ever? => who knows?

~~~
what about aldous huxley's dystopian novel brave new world (first published in 1932) itself? well, at least it was much, much nicer and easier to read as 1984. probably because it described a society where everyone have had (or at least could have) a lot of sex and all the folks were conditioned since their (artificially controlled) procreation and birth to love what their later destiny would be ... so were e.g. the later steelworkers and miners conditioned to love the heat, every group member loved to belong to its own group, etc. & etc.

==> thus all of the epsilons, deltas, gammas, betas and alphas got their proper appointments according to their needs. and yes, there was enough bread and circuses, too. last but not least, if something seemed to go wrong, there was soma, a pill which turned every 'wrong' or dangerous feeling / thought to system compatible happiness. well, only the villain from the mexican jungle could challenge this self-complacent (selbstzufrieden) society ...


there were also many interesting movies which painted similar pictures of future totalitarian society as huxley in his famous novel: the polish seksmisja (from 1984. what a coincidence. or a purpose?), the giver (der hüter der erinnerung) produced in 2014 by the weinstein company and based on lois lowry's novel from 1993, hunger games, ...

in the last few months and weeks i often think about george orwell's novel 1984. about aldous huxley's brave new world, too.
i've read those books last year or 2 years ago and the current occurrences in germany + the (western) world remember me more and more about a probably final stage of planet destruction and total slavery for the most of us as prophesied in 1984 :-( 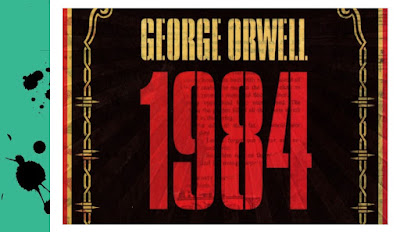 source of the picture and of 13 famous quotes from the novel: HERE (www.inktank.fi)

sadly i can't understand why almost all of my colleagues and most people around me stay so calm and relaxed? do they not see all the mess coming upon us? or is maybe my own perception wrong and our world is in its best shape ever? => who knows?


what about George Orwell's dystopian novel nineteen eighty-four (1984) itself? btw, why 1984? maybe because g. orwell begun to write it in 1948. it was first published in 1949. this book describes a gloomy outlook for the world in 1984 when according to wikipedia's summary "... the most of the world population have become victims of perpetual war, omnipresent government surveillance and propaganda."


i've got a copy in german and thus could understand orwell's "newspeak" probably better than i would in english original. no matter if orwell was a freemason who blatted out the 'elites' plans for the world as many conspiracy theorists believe or just has published his own concerns, it was a really interesting reading anyway.
but it was undoubtably not a nice reading for me. i actually felt set back to 1988 just before i escaped from the than socialistic and totalitarian czechoslovakia. orwell's concepts of "doublethink", "thoughtcrime", the unchallengeable communist "party" (there have been 2 or 4 additional political pro forma parties allowed and present in the parliament in czechoslovakia, but without any significance), "big brother" aka party leader, "thought police" aka secret police SB (no, we had no CIA/ KGB in czechoslowakia), "room 101", manipulation of the past .... no wonder that winston smith, the protagonist of orwell's novel hated the party, the system and rebelled against it. unfortunately without any success :-( 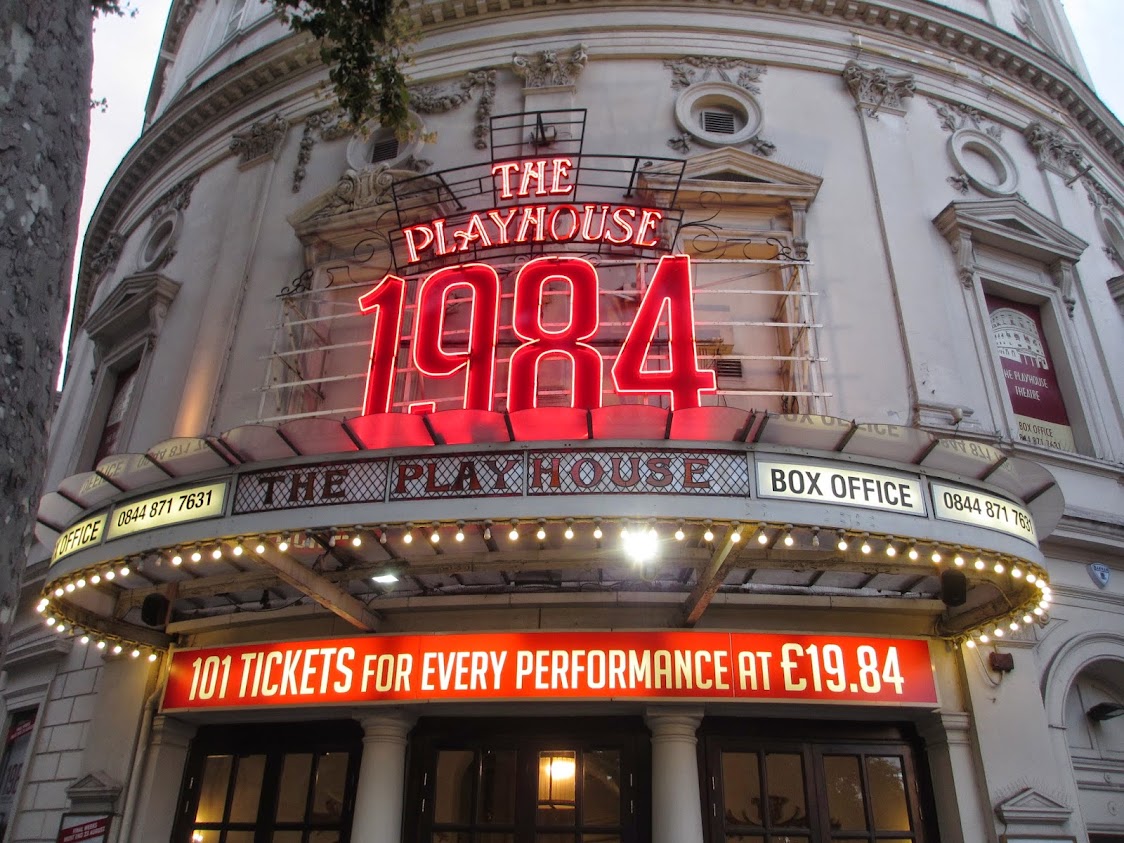 the theatre in london where this goerge orwell's story was played (each and every day? only when my youngest daughter + me have been there in 2014?)
~~~ 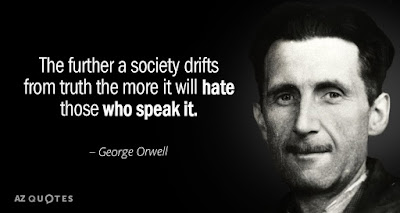 source here
"The further a society drifts from truth the more it will hate those who speak it." - George Orwell
#snowden #manning #lindauer #assange
more coming soon or never.
addendum november 2020: unfortunately, the next step of slavery is actually activated by all this corona covid-19 measures almost all over the world, the NWO seems to succeed this time 😓 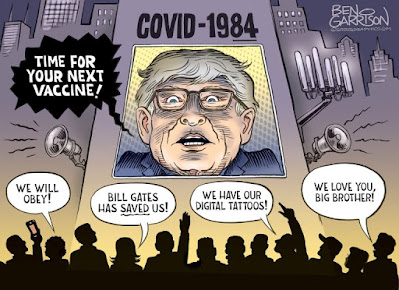 the vaccinacion prophete kill bill gates as big brother figure, author/source: ben garrison here
owell's last interview 'A Call to Remember' ... the future? like a boot in human face forever ... our duty? we must not allow it to happen 😃😃😃
ps: orwell's animal farm here
eof
posted by jaro gruber @ 5:53 PM No comments:

the birkenstein monastery from 1673 + its pilgrimage church (wallfahrtskirche) in fischbachau was a really great positive surprise after we spent a wonderful day on a hiking tour to the breitenstein mountain (1622 m) in the bavarian alps. 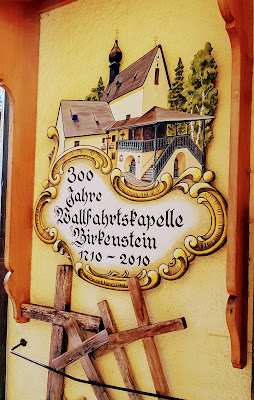 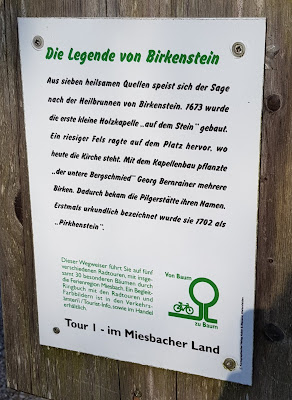 
it was so strange, quiet, nice and interesting here. unfortunately, we didn't find the place where we could fill our bottles with the healing spring water (especially good for the eyes), mostly because our daughters were really tired and wanted to go home fast ... well, a reason more to come back here soon :-) 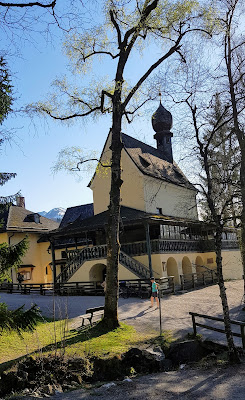 there are (at least) 3 chapels on two floors there 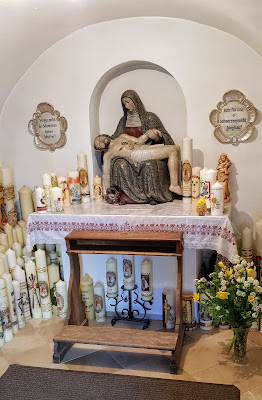 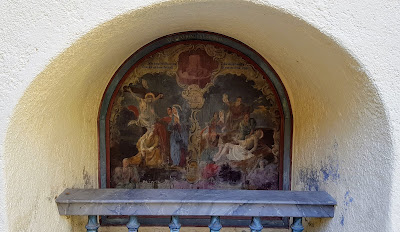 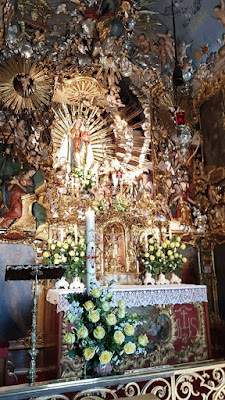 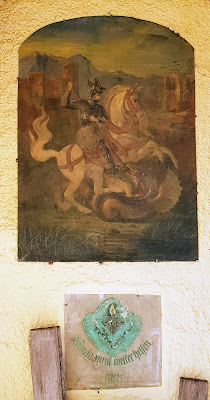 so, let's leave the monastery for now and walk back to our parking place in fischbachau. 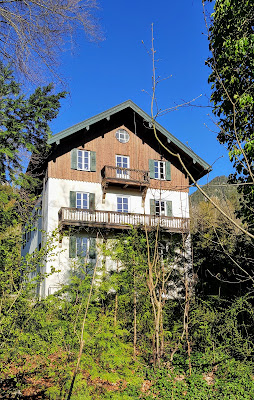 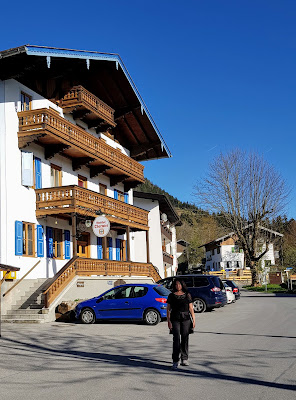 what to do on a beautiful easter day? of course, let's climb up some of the wonderful mountains in the bavarian alps. this time we have met all 4 family members together and started in fischbachau to reach 3 hours later the breitenstein mountain (1622 m)

enjoy few pictures from our challenging and beautiful hiking tour:

this is the lower peak of the breitenstein massif

wendelstein in front of us

the view from breitenstein to its lower peak

let's star the way down to fischbachau. there is still a lot of snow in late april in the mountains

we enjoyed the lunch and great panorama at the kesselalm 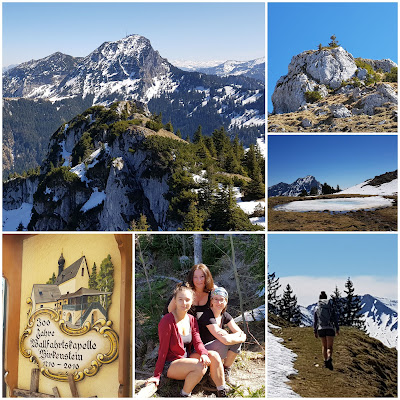 on the way down we have visited the birkenstein monastery and its chapel. it was so strange, nice and interesting there that i will make a separate blog post about birkenstein soon ...