enjoy few pictures from anti NATO, anti WAR protest in munich concerning the so called 'security' conference ('SiKo'). the original name in 1963, wehrkundetagung (military congress) explains what is the NATO dominated meeting of industry + politics about ...
well, we have been about 3,000 to 4,000 activists, some of us organized in various peace organizations, some others unorganized ... 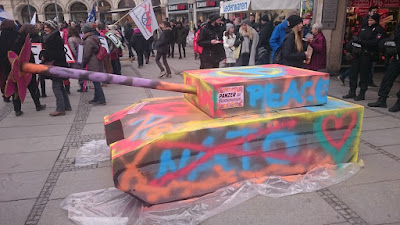 peace and love instead of NATO+WAR? what a great idea :-) 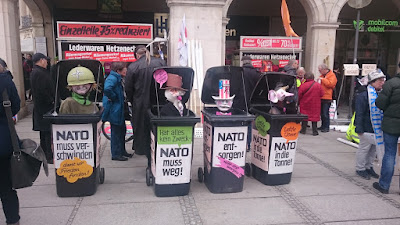 throw NATO into the trash bin :-) 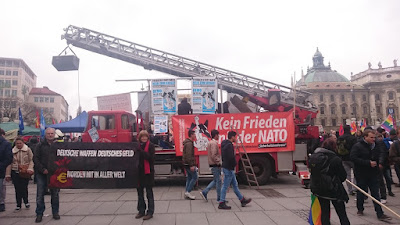 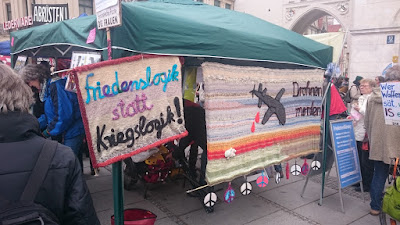 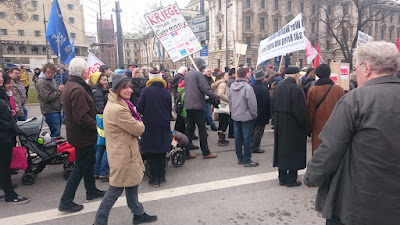 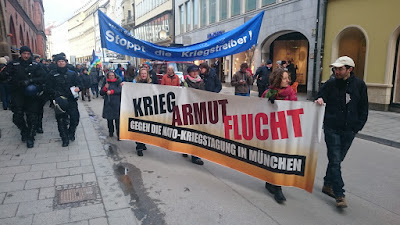 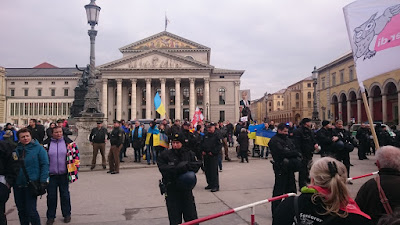 these ukrainian folks were not part of the peace protest movement ... they probably love the war in eastern ukraine :-( 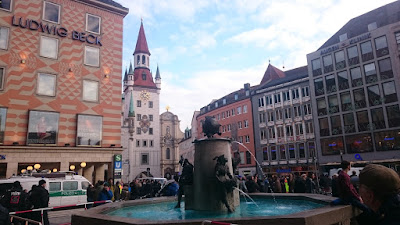 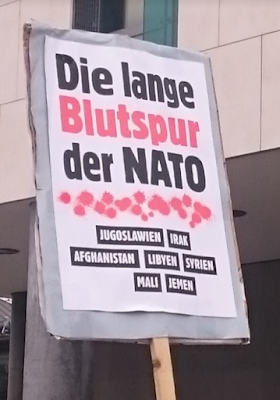 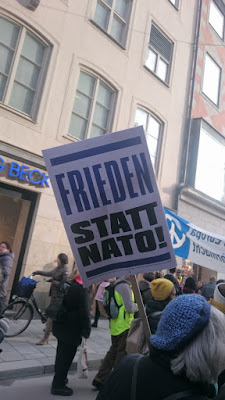