reichenbach im vogtland, a small saxon city with huge industrial and theatre history was our 1st stop at the year's end trip to the national park saxon switzerland (sächsische schweiz). 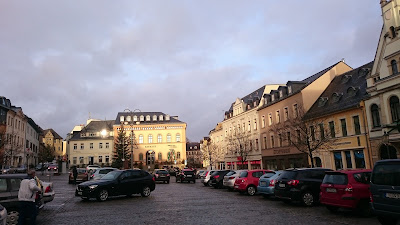 all our stops were (separate blog posts will follow as soon as i will find the time to write them, i promise):
~~~
~~~
if you asked me, reichenbach which is located in saxonia in the western part of german ore mountains (erzgebirge) remembered me at the small mining cities in slovak ore mountains (slowakisches erzgebirge), especially at göllnitz (gelnica). but according to wikipedia it was famous for its sewing and weaving industry, later for metal working, paper industry and even the factories for the famous noble cars horch and audi (founded by august horch) were located here. did you know, that 'audi' is the latin translation of 'horch!', probably not :-). anyway, the most famous citizen of reichenbach was friederike caroline neuber ('neuberin'), 1697 - 1760, german actress and theatre director. 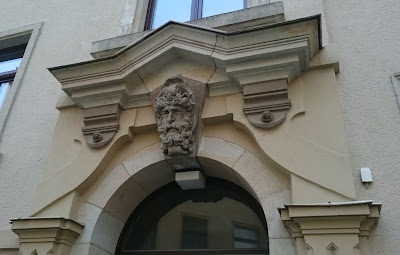 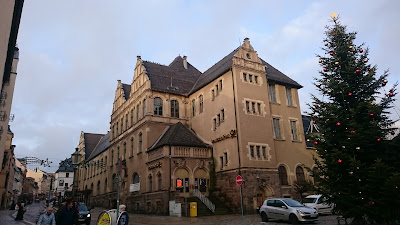 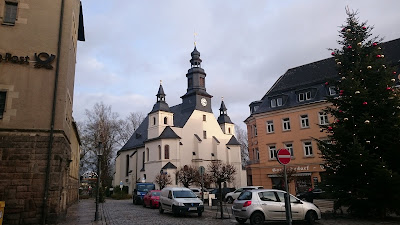 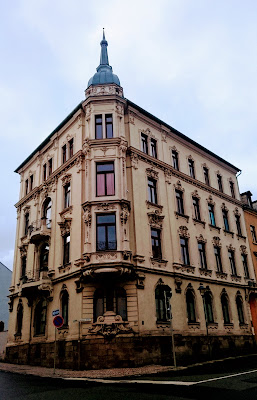 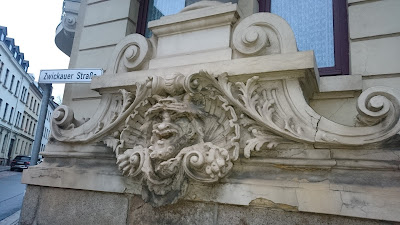 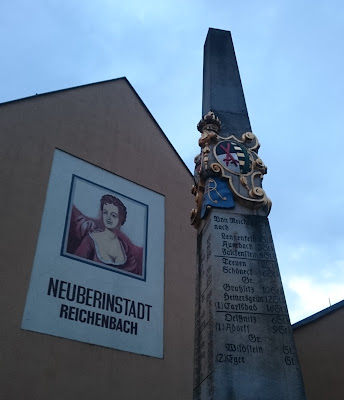