my dear readers, i would like to present heather marsh and her great socio-critical GeorgieBC's Blog to you today. i've subscribed to it long time ago and do read her articles with pleasure. well, not all of them because they are sometimes quite long, but from time to time :-). does someone still remember her blog about Worl War III reposted here in 2014? 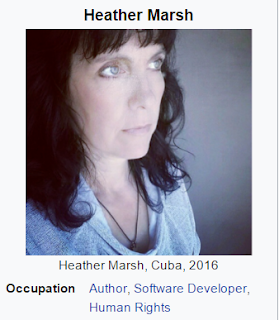 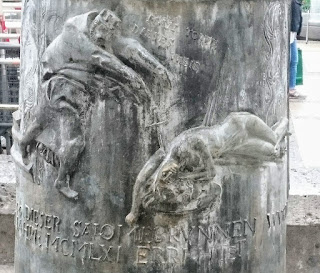 pictures from easter march for peace, medieval arts in munich
To remove power from families and nations and install a state governance system of law and corporate dependency, communities around the world were dismantled. Besides efforts to move, murder, terrorize or starve out indigenous communities, there has been a great deal of social destruction caused by state institutions such as schools and churches. [cite] ... [cite]The task of the trade economy has been not only to break the bonds between the humans in each society but also to uproot the society itself from any connection to its surroundings. .... While nations can be transplanted or migrate to other territories, nations which are pulled from their ecosystems and made to live as landless workers in the trade economy immediately begin to dissociate from each other as they begin to rely on state or corporate institutions to meet their needs. Once people no longer have land, they are at the mercy of the trade economy and they have no choice but to use currency as a dissociated form of approval. ....  Nations are people, states are corporations. Nations create Us, states create the Other. [cite]
more coming soon or never :-)