friends, i've have such a bad feeling when i think about geopolitics nowadays ... are the west + its politicians + its north atlantic terror organization (NATO) completely crazy? want they really attack russia which didn't threaten any of western countries for decades? 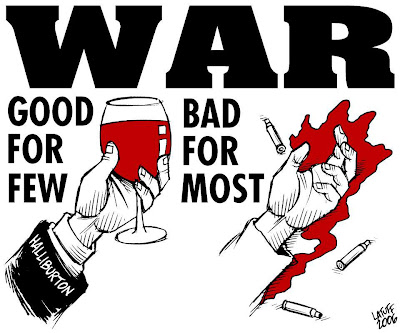 why? well, the west continues its sanctions against russia, USA + canada + ukraine + 14 EU countries (= vassals of the U.S. decision makers, if you asked me) expelled russian diplomats from their countries. what is next? a direct war against russia?!? will these western psychopaths destroy the planet completely?

it is so sad to see the western war propaganda machinery accelerate its efforts against putin / russia. even if the 'reasons' are completely irrational like the recent poison attack on former double agent sergey skripal in england. even if the committers are UNPROVEN, all the western mainstream media blamed russia on that attack. folks, it makes no strategic and no military sense for russia to kill a agent which was detected 12 years ago and who left russia 8 years ago in an agent exchange arrangement in 2010. btw, if you would like to silence someone, would you use:
it was the same issue with former russian agent litwinenko, who was poisoned by plutonium and also spoke to media / western intelligence agencies for days/weeks before he died.

the german defense secretary ursula von der leyen also hustled against putin recently (... putin has no inner opponents so NATO as the strongest military alliance on earth should increase the pressure on putin / russia from outside.... SOURCE of the interview: BILD Politik on facebook)

what makes me really sad is the ignorance of my fellow western citizens. why do the most not care about peace? is a potential NATO war on russia (and thus probably the WW3) nothing what effects them? is their bread and roses strategy really the best and only thing to do?

hell, why are there not millions of us protesting in the streets against the military-industrial complex?  will we? STOP WARS.

what is putin's answer? if russia disappears, so will the world ...
... THIS IS EXCERPT FROM NEW RUSSIAN DOCUMENTARY MOVIE ABOUT PUTIN "THE WORLD ORDER 2018". i've seen it completely and was really impressed how smart + polite he answers even very difficult and sad questions about russian failures. folks, this man loves his country and is willing to do the best for russia. what a difference compared to the words and especially compared to the actions of most EU puppet politicians...
the full film is below (in russian). you should be able to find easily a version with subtitles in your language on YouTube soon :-)


a very nice eyes & heart opening speech in german by eugen drewermann and daniele ganser at the campaign stopp (u.s. military air base) ramstein, where i have been with fellow activists from munich last year. you can watch the full video here:

I really like what you guys are up too. This type of clever work and exposure! Keep up the fantastic works guys I've incorporated you guys to my personal blogroll.

Very great post. I simply stumbled upon your blog and wanted to say that I have truly enjoyed surfing around your blog posts. In any case I will be subscribing to your rss feed and I am hoping you write once more soon!