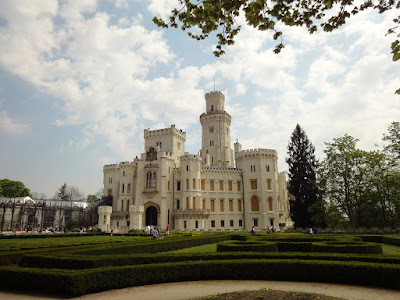 a fairy tale castle? no my dear, it is an old castle frauenberg (today called hluboka in czech language) of the schwarzenberg family in southern bohemia

just spent few days in the czech republic, basically in order to show my youngest daughter parts of the former czechoslovakia, the country of my origin :-)

the most strange moment? well, i have met a school mate of mine by accident in prague!!! we came to late to prague in order to make an appointment on the very 1st day, buuuuut on the 2nd day, on the way back to our car after visiting the vysehrad hill (oldest urban place / church in the city?) he just drove his car on his way home and recognized me on the street just when i was trying to explain / describe to my wife + daughters the time 20+ years ago when 3 of my school friends moved to prague and me to germany ... crazy world, isnt it? or do you call that telepathy? lol

pilsen, prague, frauenberg / hluboka, budweis, ... hell, there used to be many germans in the western + southern parts of the czech republic before the WWII, im going 2 tell ya ... and in prague as well! there are still so many german-sounding names of the streets, folks, villages, castles, palaces, famous past time local heroes and on top the overwhelming presence of the traditional german pilsner urqell + budweiser beer all over there, cheers!

hell, lets try 2 finally accept that germans lived in czecho-slovakia for many hundreds years and after the lost war the eastern european nations expelled the most of germans folks (many were also killed, sent to siberia / caucasus into work camps etc) and the remaining people like the german communities in my dear eastern slovakian ore mountains are going to be assimilated by the czech and slovak nation surrounding them ... well, it is 10,000 times better to be assimilated than to be assassinated, of course :). damn, lets accept history! i will start to, promised :-) 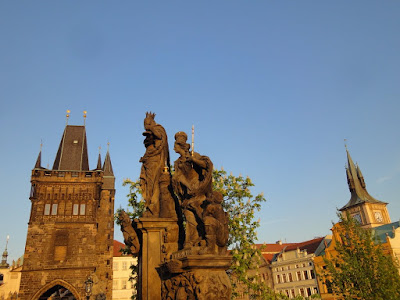 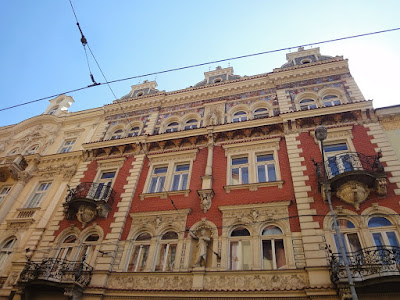 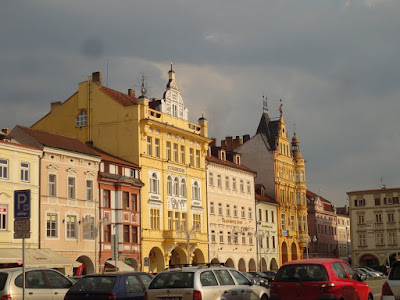 budweis (ceske budejovice), the home of the original budweiser beer.