... and yes, novorussia fights back 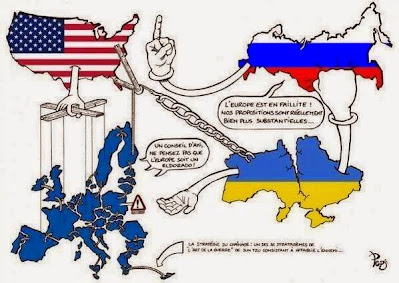 addendum may, 19th, 2014: ron paul one more time on u.s. approach to ukraine
addendum, may 4th, 2014: is there any winner yet? not really, but many many killed in kiew and recently in the eastern ukraine where the most ukrainian russians live ... slavjansk / slawyansk, odessa (#OdessaMassacre ~ at least 116 beaten to death, burned, shot, strangled ... even children + pregnant women ... fuck you, right sector mob ukrainian fascist football hooligans) ..., charkov, doneck, Kramatorsk .... like always, war is good for few, bad for most :-(
addendum may, 9th, 2014: mariupol massacre, southeast ukraine, approx 100 civilians killed by ukrainian special military forces which are often joined by american military company blackwater known for atrocities in iraq and by right sector mob from kiev / kyiv  (#mariupolmassacre) 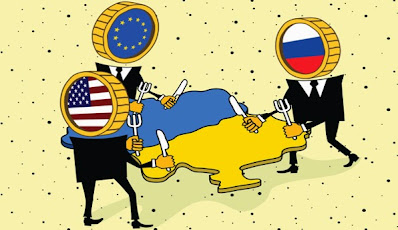 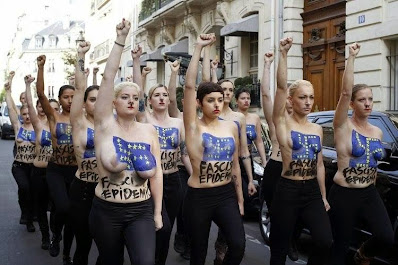 addendum march 16th, 2014: in a referendum on crimea today, over 80% of the population joined the election and over 93% of them voted for the accession of crimea to russian federation. that's democracy, isn't it?
~~~
read below the note about ukraine and u.s. foreign policies by ron paul (2014-03-09)
~~~
dear friends, i'm not an expert on ukraine but anyway, let's show you few pictures and let's share few opinions ... a picture says more than 1,000 words, true? here we go :-) 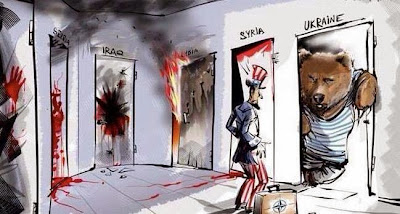 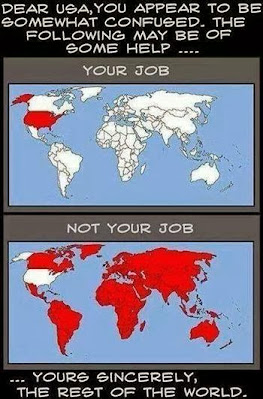 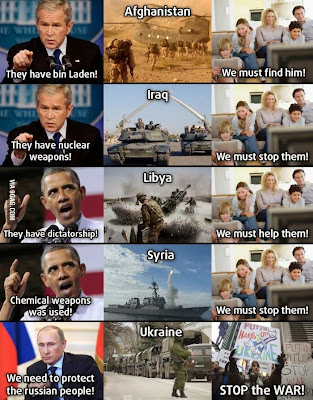 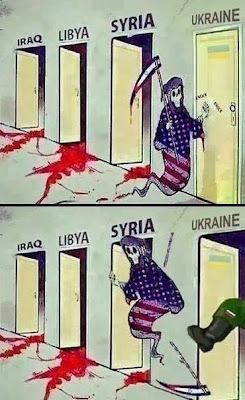 source hereaddendum 13.03.2014, gregor gysi in german parliament ... about the western supported fascist in kiev .. and about the western approach to yugoslavia, kosovo, iraq, afghanistan, libya, syria .. and ukraine, creimea, russia ...

first watch please how the paid protesters beat policemen and shoot on them in kiev. https://www.youtube.com/watch?v=xu7nfvRoO6E

now watch how the situation in south ukraine (especially in former russian territory crimea / krim / krym, which was given to ukraine by former soviet communist leader, the ukrainian born Никита Хрущёв aka nikita khrushchev in 1954) and eastern ukraine (donbas region) really is. this is the part where the most citizens are russians. yes, there are huge pro-russian demonstrations asking for national referendum, for russian passports for russians who lives in the ukraine and for russian army to protect them. you wonder why? me not, just imagine what the western financed and controlled fascists did on their first day in powers in kiev: they've forbidden to speak russsian (even arrest was discussed as a fine by new ukrainian leaders). damn, there are about 8 million russians in the ukraine ... you still remember my youtube video from 2011 about western financed 'revolutions' all over the wold? (tunisia, egypt, serbia, syria, libya, ...) i have shared few days ago? in the pictures about ukraine they show Andrij Parubi. that guy, the so called 'maidan commander' (maidan is the the main square in kiev / kiew) from the fascist swoboda party is now the secretary of security and defense ... and who became the german fineanced vitali klitschko, the front man of the 2014- 'revolution' in kiev? i don't know, i don't care ...

and yes, i'm happy i've learned 11 years russian at school. at least i can understand what the people speak, no need for mainstream media 'translation' this time ... and yes, i understand why there is no shooting in the streets of crimea, why the people welcome the russian army etc and so on :-)

as always, you don't know what could YOU CONCRETELY DO to save the world, true? it is easy, don't wait and OccupyWallStreet + OccupyWarStreet + OccupyYourStreet + OccupyTogether = RealDemocracyNow => we are the 99% so just let's stop the 1% => it is as easy as that :-)

more coming soon or never ... and yes, your feedback is highly wished-for, my dears. just use the comments below the blog post. anyway, i still can't understand why do we western nations who have EVERYTHING cause so much suffering to nations who have so LITTLE?

anything else? fu*k you, mainstream media :-( 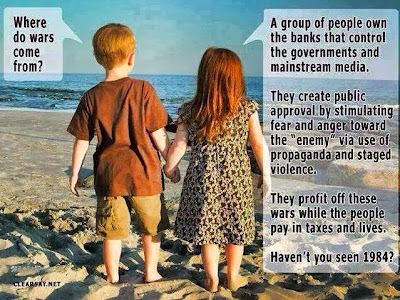 Can We Afford Ukraine?

Officially, US debt stands at more than $17 trillion. In reality, it is many times more. The cost of the US invasion of Afghanistan and Iraq may be more than six trillion dollars. President Obama’s illegal invasion of Libya cost at least a billion dollars and left that country devastated. The costs of US regime change efforts in Syria are likely thus far enormous, both in dollars and lives. That’s still a secret.

So who in his right mind would think it is a good time to start a war with Russia over Ukraine? And worse, who would commit the United States to bail out a Ukraine that will need at least $35 billion to survive the year?

Who? The president and Congress, backed by the neocons and the so-called humanitarian interventionists!

The House voted overwhelmingly last week to provide $1 billion in loan guarantees to Ukraine. That is just the beginning, you can be sure. But let’s be clear: this is not money for the population of that impoverished country. The Administration is sending a billion dollars from US taxpayers to wealthy international bankers who hold Ukrainian debt. It is an international bank bailout, not aid to Ukrainians. And despite the escalating anti-Russia rhetoric, ironically some of that money will likely go to Russia for Ukraine’s two billion dollar unpaid gas bill!

So what happened in Ukraine? The US government and media claims that the US must save Ukrainian democracy from an invading Russian army that is threatening the country’s sovereignty. But in reality the crisis was instigated in part by US meddling. Remember the intercepted telephone call in which two senior Obama Administration officials discussed plans to replace the elected government in Ukraine with US puppets? That is exactly what happened. Is that not a violation of Ukraine’s sovereignty? Is that what democracy is all about?

The Obama Administration’s policy toward Ukraine is hypocritical. The overthrow of the government in Kiev by violent street protests was called a triumph of democracy, but when the elected parliament in autonomous Crimea voted last week to hold a referendum to decide its future, President Obama condemned it as a violation of international law. What about the principle of self-determination, which is also enshrined in international law?

I have long thought that a referendum to reorganize Ukraine into a looser confederation of regions might help reduce tensions. I still believe this could help, but it seems the US government is not so enthusiastic about democracy when there is a chance for an outcome it opposes.

I strongly believe that Crimeans have every right to transfer sovereignty over their peninsula to Russia if they wish. The only question that remains is whether there will there be an honest election, and I don’t see any reason there can’t be.

The US government tells the rest of the world, “We want you to be good democrats and have elections,” but if they don’t elect the right people then we complain about it and throw them out, like we did in Egypt. In Crimea they want to have an election to determine their future. President Obama condemned those plans for a vote by saying, “We are well beyond the days when borders can be redrawn over the heads of democratic leaders.” Does he not remember that the authorities in Kiev were installed just weeks ago after a US-backed coup against the Ukrainian constitution?

Congress next week will likely vote for sanctions against Russia. Though many mistakenly believe that sanctions are a relatively harmless way of forcing foreign countries to do what we say, we should be clear: sanctions are an act of war.

Cooler heads in the United States are not currently prevailing. There is a danger of an unimaginable conflict between the US and Russia. We must demand a shift away from a war footing, away from incendiary rhetoric. We are broke and cannot afford to “buy” Ukraine. We certainly cannot afford another war, especially with Russia!
~~~

oktober 2014 (inkl hintergrundinfos über neue regierung in kiew): hier ~~~
addendum 13.03.2014, gregor gysi in german parliament ... about the western supported fascists in kiev and about the biased western approach to yugoslavia, kosovo, iraq, afghanistan, libya, syria .. and ukraine, creimea, russia ... so sad :-( ... why do we western nations, who have everything, bring so much suffering to nations who have almost nothing? is there no emphaty at all in us?

addendum, march 23rd, 2014: even if it looks like the whole military coup was designed and financed by the west, there was and is also much dissatisfaction among the ukrainian people out there:

i just liked the kiev maidan page. the no #1 comment out there makes a lot of sense to me. i don't understand why is it written by an italian guy (Carmelo Parisi) in russian (it is not ukrainian, is it?) but anyway, i still understand 90% of it. the people are fed up with hard life, no money, no future and seeing all the corruption (+ new mercedes + yachts) out there among politicians. and yes, it sounds like the old #occupy ideas:

~~~
one more interesting opinion from a russian journalist in slovak newspaper: 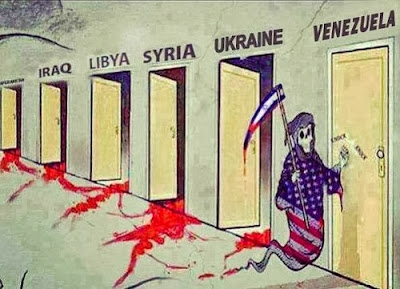