what a protest in front of the biggest u.s. military (air) base outside the USA in ramstein / germany => let's stop it :-) 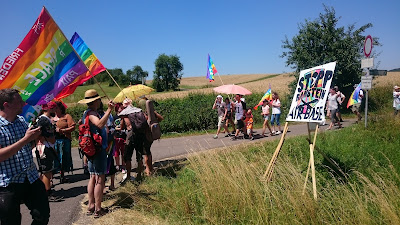 also this year there was a protest week against war in general and against the u.s. military base(s) in germany in particular. three friends of mine + me from the montagsdemo / montagsmahnwache group for peace from munich joined the peace camp from friday till sunday.

if you asked me, the camp was like a hippie music festival: nice people, (political) song writers and music groups, bonfires, beer, interesting talks with other peace activists ...
my favorite musician was kilez more (aka kevin) from austria. he has such a power to spark and to thrill people. let's listen to his performance, a short two-minutes-video-here.

at the major event, the peace demonstration and sitting blockade in front of the gates of the u.s. military air base on saturday, i liked most the speach of sahra wagenknecht, one of the leaders of german opposition party 'die linke'. just listen to her motivational words for peace:
source youtube here 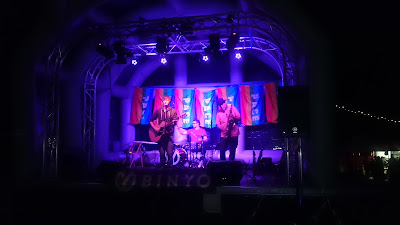 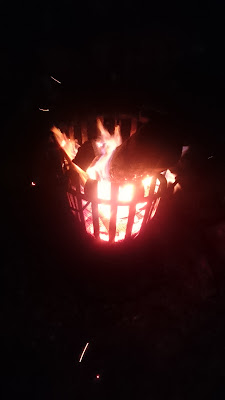 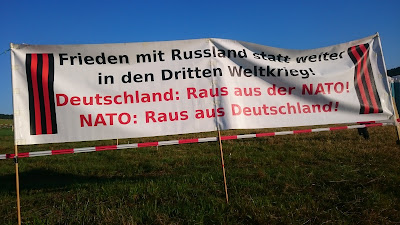 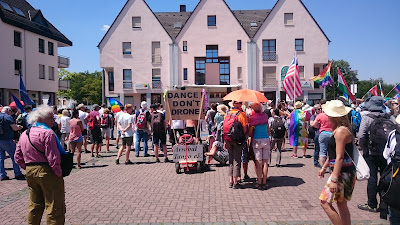 protest at the main square in ramstein 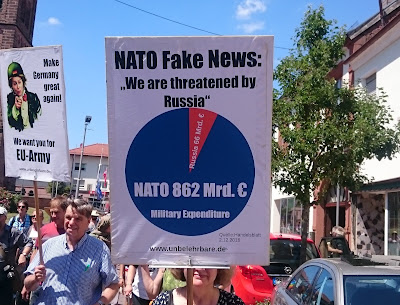 russia spends on military less than 10% what NATO spends => WHO THREATENS WHOM, my dears? 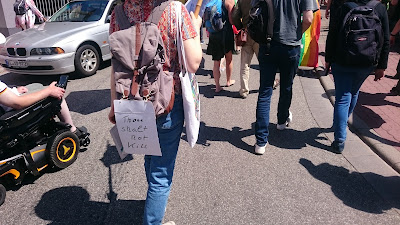 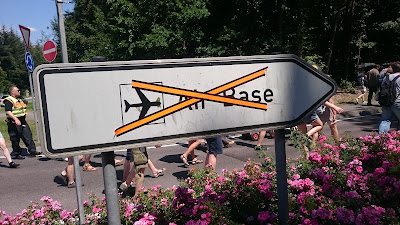 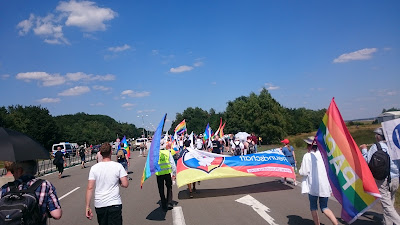 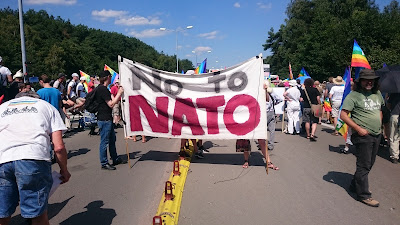 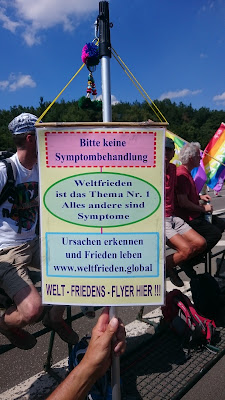 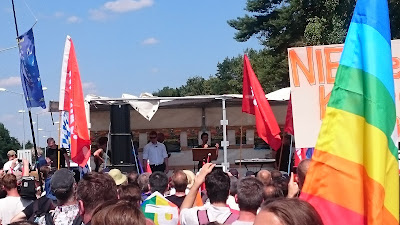 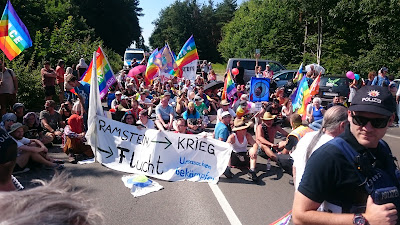 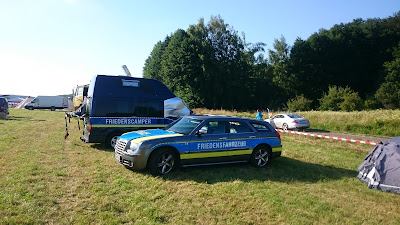 we enjoyed also the nature ... 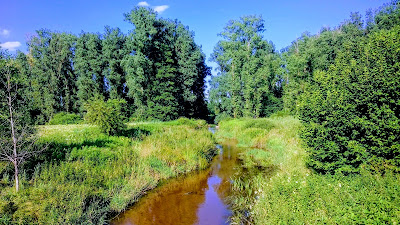 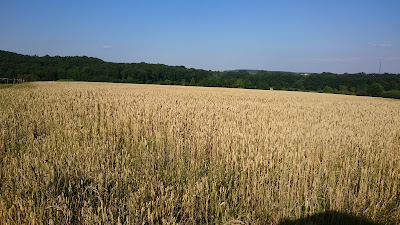 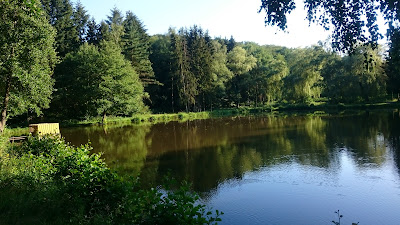 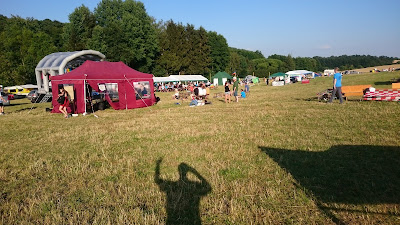 good-bye peace camp, i hope i can join the protest also next year :-) 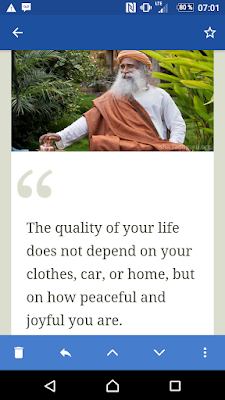