i have met a great visionary 2day :)

former polish revolutionary leader of the movement solidarity / solidarnosc (which started in stettin / szczecin in 1980) and later polish president lech walesa hold a speach in the emperor's hall of  munich's residenz, the place where bavarian kings lived for thousands of years ...

lets share few notes, so u can create your own ideas abt the highly interesting evening ;-):
what abt my own resume? let's dream how the WORLD COULD LOOK LIKE and let's make that vision true. if people united cannot be defeated :-)

folks, pls don't worry abt my pictures quality, an other guest promised to send me few of his pictures which i will prolly post later on :-) 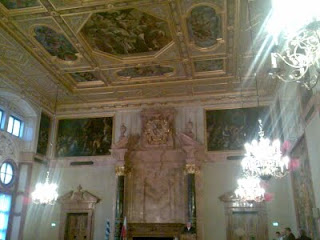 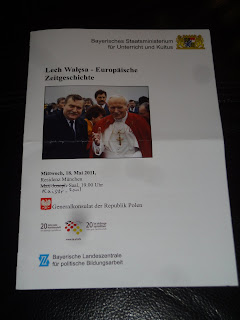