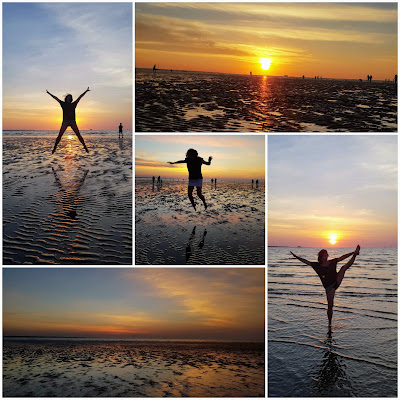 the best of all wives is still a talented gymnast, isn't she?
we've really enjoyed the sunset market at mindil beach, you know? 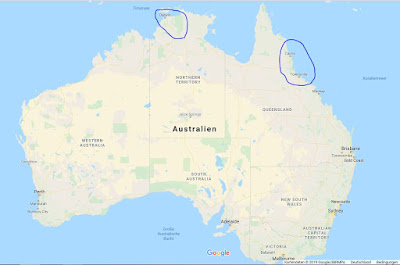 it seems we did not seen much from australia in 22 days, did we? but it was quite a lot, if  you asked me and unfortunately it was much too much if you asked my wife ... she couldn't handle all the new impressions and even if we stayed 7 times for 2 or 3 nights at the same place/hotel, she missed a day or two where we would do nothing else than rest and digest all the new impressions

our stops in australia were:

tired, but finally arrived in darwin. the car is bigger than my wife, isn't it? almost all of the many jeeps/SUVs in northern territory were japanese, our 4WD mitsubishi pajero of course too.

we have met old friends in darwin + cairns and also many new interesting people in australia. even if there lived quite many aboriginal people in the northern territory and many of them worked in the national parks out there, unfortunately we did not had much deep contact to them ...

well, we have seen beautiful nature in the natural parks (NP), many rivers, rock formations & 20,000+ years old aboriginal rock paintings, quite a lot strange animals for us middle europeans in the free nature (crocodiles, buffalo, kangaroos (wallabies), koalas, cassowary, kakadus, termites, platypus (schnabeltier), many colorful spiders + birds, ...), beautiful plants, swum in soooooo many waterfalls + creeks + (artificial) lagoons + even in a volcano crater and of course in the sea as there was no box jelly fish danger in the dry season ...

we have lost 1,000 AUD in one ATM in a bank and successfully claimed to obtain it back after 4 weeks ... the alcohol was much too expensive and the food was not too good besides in thai & indian restaurants and at our darwin friends' home ....
generally, even if the aussie dollar was cheap like never before for europeans (1 EUR = 1.65 AUD), australia is really expensive country for tourists. you have to pay quite a lot for average service almost everywhere (entry + activity fees in the NP, food, accommodation, gas, often even one way rent for returning the rental car at a different airport as you've got it. at least this stupid one-way-car-rental-fee (punishment/usury/s.th. similar?) could we avoid as we have flown from darwin to cairns for the half price of the one way rent).
you can see a lot of natural beauty, but the landscape is changing very, very slowly so it can become boring soon and unfortunately, there are almost no real historical/architectural landmarks or historical sightseeing opportunities as the colonization of australia took part only some 200+ years ago and the aboriginal people did not use to build castles, temples or the like ... is this maybe the reason for WWII memorials craziness in australia?

of course, because travelling widens mental horizons, we have learnt a lot of interesting stuff (.... unlike bavarian beer gardens where you can bring your own food, in australia you can often bring your own alcohol into restaurants, just look for the 'BYO' signs. dangerous animals are not at every single step on your way, so i could walk barefoot much of the time i spent in the nature; road trains were also s.th. i've never seen before in europe, asia or america ... and many more ...
last but not least, we have also changed our perception/association about australia. we do not think any longer australia were a completely dry (deserted) and uninhabited country, my dears 😃. 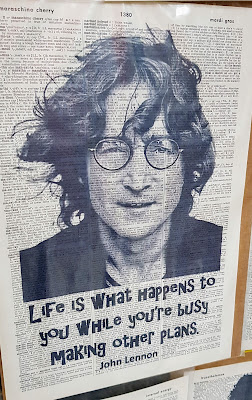 john lennon was so right on life ... and on peace too, wasn't he? R.I.P
enjoy few pictures:

east point. here we have seen the first kangaroo (wallaby) in free nature. the most others we've seen were laying dead on the roads 😢

best greetings to our daughters  :-) 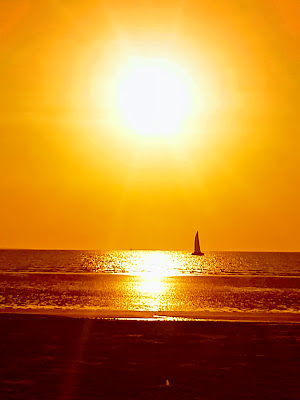 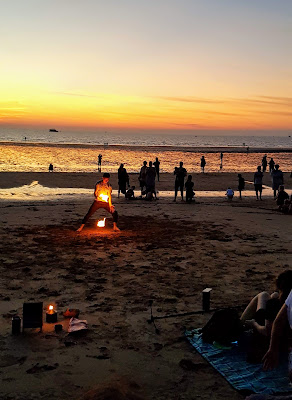 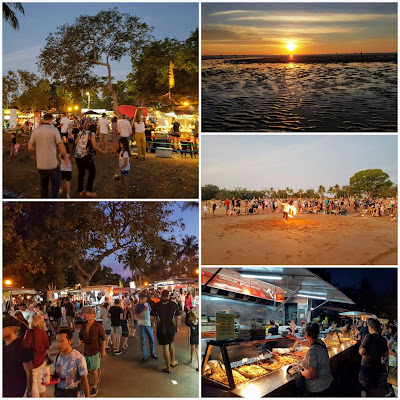 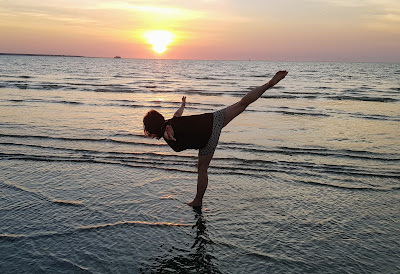 the biggest mistake i've made in australia was going to swim at mindil beach on the 2nd or 3rd day. saltwater crocodiles (estuarine) could be there ... stupid me! 😱😱😱 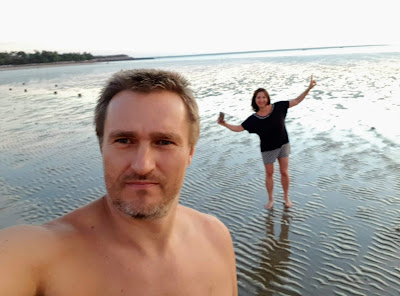 dinner in one indian restaurant (nirvana?) with the best of all wives 💕

someone fishing at lee point