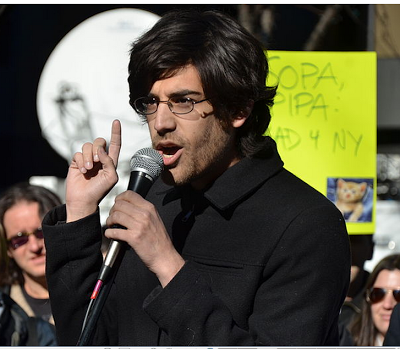 most people will probably know him as the co-owner of reddit or as the the founder of Demand Progress, which launched the campaign against the Internet censorship bills (SOPA/PIPA) and now has over a million members.

let's listen to his speech about education, free and open Internet, freedom and a better society and yes, also about the way how we could achieve it. thus don't sit in front of your mainstream media fed TV + newspaper, better take action in order to improve the world :-) 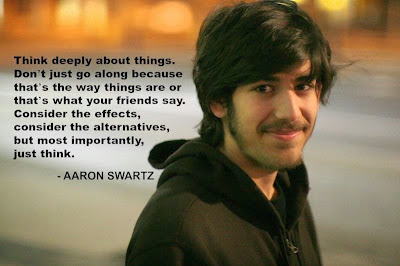