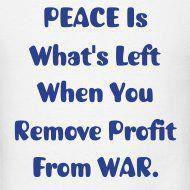 next year is over, the north atlantic terror organisation (NATO) has again killed many many thousands of innocent people all over the globe who never ever threatened the NATO territory ... poor afghanistan, iraq, pakistan, yemen, libya, syria, mali, ... R.I.P

of course, you can confirm your commitment via facebook event es well and easily see who of your friends is also taking part in munich's biggest demo for peace, you know?

who are the next victims of our deadly greedy imperialism? palestine or iran or both? you don't know? well, it will be planned at munich's military science conference (wehrkundetagung was the original name ofthis conference) aka security conference (SiKo) aka weapon/military industry meets politics ... what a sad  & dirty event :-( => let's stop SiKo = let's stop wars, dear friends.


PEACE + SEE YOU IN THE STREETs ON SATURDAY

just to give you the chance to go through previous protest actions against the SiKo as well, that was the last year's event :-)

my own and my sister's pictures: here 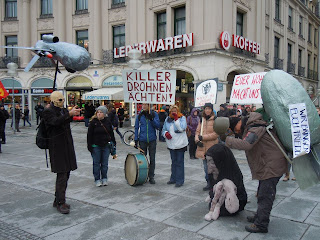 no bravery only sadness

you are welcome, dear spoxx :-)